Michigan SB 248, which would “reform” the no-fault insurance system, will likely be debated and voted on in the House this week.

Update, 4/30/15: We have launched a new page dedicated to the current no-fault reform efforts surrounding SB 248. We will keep that page updated as the bill progresses.

Quite a bit has happened since the Michigan Senate contemplated and ultimately passed SB 248, a piece of  legislation which (as it currently stands) would devastate the Michigan no-fault insurance system. Our no-fault attorneys 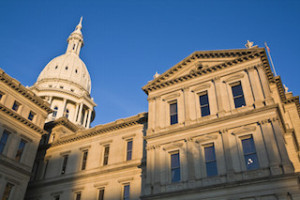 have been working tirelessly to educate the public about the consequences of passing such a bill, from speaking to the media to testifying before lawmakers in order to help them understand the bill’s implications. We have covered it rather extensively on our Auto No-Fault Law blog, but as it’s likely that the House will debate and vote on the bill this week, it is worth recapping everything that has happened thus far.

After the No Fault Reform Bill was introduced in the Senate, it was referred to the Senate Insurance Committee. In less than 72 hours, a substitute bill was adopted (a bill that not even all of the legislators had a chance to review), was voted out of committee, and was subsequently passed by the Senate by a 21-17 vote. At that point, it was sent to the House.

After it was introduced in the house, Michigan SB 248 was referred to the House Insurance Committee. The committee then heard testimony both in support and opposing SB 248. In three days, the legislators who comprised the committee heard nine hours of testimony, which included poignant stories from auto accident victims, their family members, their medical providers, and legal experts and advocates who could communicate just how devastating the bill would be, if passed. Despite hearing those stories and the valid concerns raised about the bill, lawmakers ultimately voted SB 248 out of the House Insurance Committee along party lines.

Before the final committee vote on the substitute bill, Democratic members of the committee offered up a number of amendments to attempt to address the concerns many had with SB 248. Only one amendment relating to attendant care was approved. The legislation now provides that payment for family members providing attendant care is capped at $15/hour, unless a family or household member is licensed or otherwise authorized to provide attendant care. Those individuals would not be subject to the maximum $15/hour rate.

The House Substitute to SB 248 still does nothing to address the one-sided “fraud authority” it creates. The Committee heard stories of real people being affected by the abusive, fraudulent behavior perpetrated by insurance companies against consumers, and yet chose to do nothing.

The bill provides temporary rate relief – who is to say that insurance companies won’t increase premiums after the two year period?

Nothing was done to address the issues surrounding what would happen with the current MCCA, including what happens to the $17-$18 billion it has in reserves.

The attendant care provisions in SB 248 are still a problem – there is still the arbitrary $15/hour cap (now subject to the exemption described above).

The reimbursement provision is still problematic – charging only up to 150% of Medicare rates would still jeopardize medical providers’ ability to continue to provide the high-quality care auto accident survivors need, especially those facing recovery from severe, catastrophic injuries.

Finally, Michigan SB 248 still contains the $150,000 appropriation, which means that the people of Michigan cannot vote on the matter – it’s referendum-proof.

At this point, the House must debate and vote on their version of SB 248. It is possible that amendments will be introduced that truly address the concerns that so many have with the language of SB 248. Until that happens, continue to contact your representatives and let them know how unworkable the bill still is. If you or a loved one have suffered severe, catastrophic injury as a result of an auto accident, share your story.

A change to the no-fault system on so large a scale must not be rushed through, as it has been. It must be done carefully and thoughtfully, and with serious consideration of all interested parties’ ideas and concerns. That has not happened here.