Ross Jones, an investigative reporter from WXYZ in Detroit, published a telling article a couple of days ago regarding the Michigan insurance industry and some of our 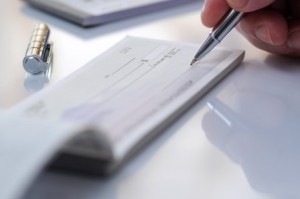 state’s legislators as it relates to SB 248, the latest no-fault reform bill. We have covered the bill extensively on our blogs.

Essentially, no-fault insurance companies believe that by capping reimbursement rates for medical providers treating auto accident survivors, the result will be lowered auto insurance premiums. So far, the only rate reduction mandated by the House’s version of Michigan SB 248 is a $100/year reduction in premiums for two years, after which there are no guarantees that rates will not increase. Stated another way, in exchange for saving a little over $8 per month for two years on your no-fault insurance premium, those traumatically injured in auto accidents will suffer. As stated by Margaret Kroese of Hope Network Rehabilitation Services, “[t]he reimbursement level would be drastically cut at that level of care,” which means that quality and access to care at that level would suffer.

Why are so many legislators so eager to push SB 248 through? It might have something to do with the amount of money the insurance industry has been giving to them over time. Here are a few figures, as reported by Ross Jones:

Progress Michigan also reported that a number of Senators received healthy contributions from the insurance industry. Conveniently, those Senators also voted SB 248 out of committee. Here are the numbers:

Are you sure that those calling for reforming the Michigan no-fault system really have our best interests in mind?