Be sure you can distinguish fact, fiction during SB 248 debate

There is so much information to keep up with during this latest no-fault reform debate stemming from Michigan SB 248. As the bill is just one vote away from changing 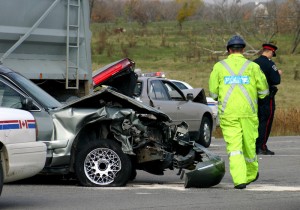 the no-fault system as we know it, it is important that everyone, whether you’ve been involved in an auto accident or not, understand the issues implicated by this proposed legislation.

One organization advocates for making changes to the no-fault system. The Coalition for Auto Insurance Reform (CAIR), not to be confused with the Coalition Protecting Auto No-Fault (CPAN), states that the goals of SB 248 are to bring “common sense reforms” to the Michigan no-fault system. Specifically, those changes include: “put[ting] in place fair cost controls for auto accident medical services; establish[ing] a fraud bureau to reduce abuse of the system; and mak[ing] auto insurance rates more affordable for consumers.”

Below, we will address a few of the points made by CAIR regarding their distinction between fact and fiction in the SB 248 debate.

“Senate Bill 248 would protect the unlimited no-fault benefits in the current system. The first $545,000 of the bills will be paid by the driver’s insurance company. Medical bills over $545,000 will be paid directly by the new Michigan Catastrophic Claims Corporation (MCCC).”

“Senate Bill 248 continues to provide all reasonable and necessary medical care for the lifetime of a person injured in an auto accident. Prohibiting medical providers from charging auto insurance companies 200 or 300 percent more for the same medical treatment[,] would not lessen the amount or types of health care that will be provided to the catastrophically injured – it would only affect the cost being paid for the care.”

“[S]enate Bill 248 would not cap, cut, alter, or assign (whatever that means) benefits for anyone injured in an auto accident in Michigan. It would only bring the costs in line with what is being charged to other patients for the same care.”

“The legislation guarantees a $100 rate savings per car for two years no matter where you live. Drivers in Traverse City are going to save the same amount as those drivers in Detroit.”

“ ‘. . . the new mechanism [MCCC] is specifically exempt from the insurance laws of Michigan, and it is not clear what, if any contractual obligations there are between the new fund and a person who suffers a serious injury.’ – Magen Samyn, Vice President of Marketing and Public Relations for McLaren Bay Region”

You can assess CAIR’s list of no-fault facts for yourself.

However, keep in mind that nothing that is currently within SB 248 will address any of the “reforms” they mention in a meaningful way. The cost controls it would place on medical services by capping reimbursements to 150% of what Medicare pays would jeopardize the care provided to auto accident survivors recovering from traumatic, catastrophic injury. The fraud bureau the bill would establish would do nothing to combat instances of fraud perpetrated by insurance companies against the very people they are supposed to protect. Finally, the two-year reduction on premiums is not at all meaningful – in addition to it only saving individuals a little over $8 per month for two years, there are no guarantees that rates will continue to drop, and that insurance companies won’t then increase premiums in the future.