Most of us probably remember the massive pile-up that took place on I-94 in January. It all started with a storm coming through the Kalamazoo area. A semi-truck rear- 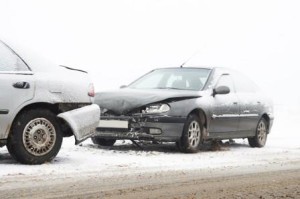 ended a van, which then collided with a passenger car, starting a chain reaction that soon brought both sides of the highway to a halt. While the initial crash took place in the eastbound lanes, westbound drivers distracted by what was happening on the other side of the road soon found themselves in a pile up of their own. All told, 193 vehicles were involved; the crashes caused one fatality and sent 22 others to local hospitals. Of course, property damage was significant.

Last week, the Michigan State Police concluded its investigation and reaffirmed what many of us were thinking soon after hearing about the incident: motorists were simply driving much too fast for the road and weather conditions. As Lt. Dale Hinz mentioned before the investigation even concluded: “We were experiencing heavy snowfall, it was only approximately 6 degrees at the time and it was windy. That combination, with the high traffic volume and people traveling too closely, that was a recipe for disaster and that’s what we saw.”

Ultimately, over 60 tickets were issued to individuals involved in the collision, specifically for violating Michigan’s Basic Speed Law, found in MCL 257.627. Specifically, MCL 257.627(1) states as follows:

A person operating a vehicle on a highway shall operate that vehicle at a careful and prudent sped not greater than nor less than is reasonable and proper, having due regard to the traffic, surface, and width of the highway and of any other condition then existing. A person shall not operate a vehicle upon a highway at a speed greater than that which will permit a stop within the assured, clear distance ahead. (Emphasis added.)

A significant number of the vehicles involved in the I-94 pileup were semi-trucks or tractor-trailers, which, unfortunately, tend to travel faster than warranted on wintry roads.

So, contrary to what some might believe, there is no shame in driving below (or even well below) the posted speed limit if you do not believe the weather conditions will allow you to navigate the roads safely. Also, be mindful of your surroundings. Drivers should leave plenty of room between themselves and the drivers in front of them. In inclement weather, this should be at least a few car lengths; in such conditions, it’s not the time to tailgate (which you probably shouldn’t be doing regardless of the weather).

In addition, three drivers were cited for driving without insurance. Fortunately, of those injured in the crashes, none were reported to be serious. Those who were injured should be able to seek coverage for the medical care they do need from their own no-fault carrier. However, being a no-fault state with the most generous, comprehensive benefits in the country, driving without the proper coverage can be risky. If you do suffer serious personal injury as a result, you may be jeopardizing your access to quality medical and rehabilitative care.

A closing thought courtesy of Lt. Hinz: “This crash is a vivid illustration of the dangers of traveling too fast on icy and snowy roads. . . . As drivers, we are responsible for controlling our vehicles at all times, no matter the weather or roadway conditions.”

We couldn’t have said it better ourselves.

If you’ve been in a motor vehicle accident in or near Kalamazoo, contact our Kalamazoo personal injury attorney for a free consultation.