While the MCCA assessment as decreased, we should not be distracted from the broader issue – transparency.

If you have not heard by now, starting July 1, 2015, the per-vehicle assessment made by the Michigan Catastrophic Claims Association (MCCA) will drop from $186 to $150, a $36 difference. The MCCA determines the amount of the vehicle assessment, the proceeds of which go into a fund it directly controls. The money in the fund is used to pay out claims for no-fault PIP benefits that exceed $530,000. Stated another way, if an insurance company pays $530,000 in a particular claim, further payouts are reimbursed by the MCCA from its fund. 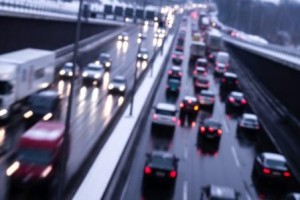 While this decrease is certainly welcome news, a few questions come to mind:

According to the Executive Director of the MCCA, Michigan drivers are seeing a reduction because “the fund’s stock market investments have been more profitable than expected and because more than $29 of the current assessment has helped reduce a predicted deficit.” Another reason for the reduced fee is because auto insurers in this state can only turn to the MCCA for reimbursement in cases where they have paid out over $545,000 in a particular claim. Currently, insurers had to spend over $530,000. While insurers operating legally in Michigan must pay an assessment to the MCCA, the cost is passed on to consumers in the form of the fees we pay in addition to our premiums.

As it currently stands, we have to take to take the MCCA at its word when it gives reasons for increases (and now, decreases) in the vehicle assessment. This is because we do not have all of the information we need to make informed decisions about what is really happening; despite the MCCA being a government entity, there is no transparency. Until we know more about its rate-making process, the amounts we pay on top of our auto insurance premiums could be completely arbitrary for all we know. This is why it’s imperative that we know how the rates are determined. The Coalition Protecting Auto No-Fault (CPAN), the Brain Injury Association of Michigan (BIAMI), and other interested parties are continuing to fight the MCCA on this issue, which has reached the Michigan Supreme Court. As we’ve mentioned before, here are at least two reasons why it’s vital that we know how the MCCA makes its rate determination:

All in all, while the decrease in the assessment is certainly nothing to complain about, we should be careful not to be distracted from the greater issue – the MCCA, as a government body, should be transparent, and we have the right to see exactly how it calculates its rates.