In an effort to combat high auto insurance rates in Detroit, Mayor Mike Duggan has proposed D-Insurance; however, there is much to be concerned about in this plan.

In an effort to address the excessively high auto insurance rates that insurers charge Detroiters, the Mayor of Detroit recently issued the “D-Insurance” proposal. This 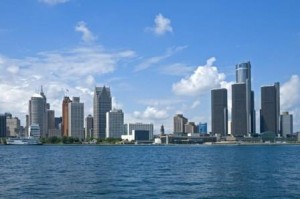 proposal asks the Michigan legislature to pass a law that would give Detroiters the option of purchasing a unique type of auto no-fault insurance policy that is not available to any other citizens of Michigan. This type of policy is referred to as a “Qualified No-Fault Policy.”

These policies contain drastic limitations in coverage and benefits than are presently available under a traditional Michigan no-fault insurance policy. In this regard, the Mayor’s proposal essentially carves out Michigan’s most populated city from Michigan’s compulsory auto no-fault insurance system. As explained below, the D-Insurance proposal will result in Detroiters having second-class auto insurance as compared to the rest of Michigan citizens. Furthermore, the D-Insurance will have significant statewide consequences.

B. Consequences for Detroiters