Often, those no-fault “reforms” will do more harm than good for those who could benefit from no-fault the most: each and everyone one of us.

While another week has gone by without any legislative action on Michigan no-fault reform, specifically SB 248, a version of which is now stalled on the House floor, the 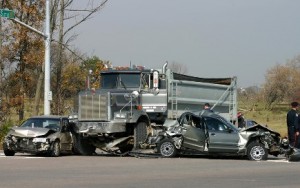 issue is far from settled. While many people now know that our no-fault system may change as a result of this bill, there is still a great deal of inaccurate information being circulated regarding what SB 248 proposes to accomplish as well as how our current no-fault system works.

There was a piece that recently ran in the Grand Rapids Business Journal titled “No-fault auto reform needed for Michigan.” The author, while attempting to make the argument that SB 248 is a step in the right direction in terms of curbing the high auto insurance rates we see across the state, unfortunately did his perspective a disservice by making a number of false claims about how the Michigan no-fault system works. While by no means the only person to do so, we hope to clear the air and some of the confusion that might surround this topic by addressing some of the points the author made.

It seems to be a bit disingenuous to mention campaign contributions made by “legal and medical coalitions” without also mentioning the fact that the proponents of SB 248 received very generous contributions to the tune of tens of thousands of dollars from the insurance industry – an industry that also happens to support this no-fault reform bill.

Another point made by the author in the excerpt above relates to something that has gotten so many people riled up – and, unfortunately, is a source of much confusion. Medical providers are not charging auto insurers a different amount for procedures than they would change health insurers, or even Medicare and Medicaid. The same amount is charged across the board for procedures; the different arises in the amounts reimbursed by different types of insurance. For instance, the government has already set the amount for which it will reimburse hospitals, doctors, and other medical providers for certain procedures. There is no negotiation, and those providers have to accept what the government pays. Health insurers such as Blue Cross Blue Shield of Michigan have contracts with various medical providers, and have negotiated with them regarding how much they will reimburse for a particular procedure or service.

Neither of these scenarios applies to auto no-fault insurance providers, for reasons we will not get into in this particular blog post. But keep this in mind: auto insurance companies in Michigan have a habit of delaying payment or flat out refusing payment altogether, even though there is valid evidence supporting the fact that payment should have been made. If these companies fulfilled their end of the bargain, per the Michigan No-Fault Insurance Act, we would be having a very different discussion today.

Again, as we have mentioned previously, Michigan no-fault does not provide for unlimited medical benefits. Costs submitted to insurance companies for reimbursement must be reasonable and necessary for the care, recovery, and rehabilitation of an auto accident victim. The fact that the statute includes the terms “reasonable” and “necessary” means that there are some restrictions placed on what auto insurance companies must pay. If there truly were unlimited medical benefits allowed under the law, the legislature AND Michigan courts would have stated as much. Alas, they have not.

Compared to the $3 fee, paying $150 still seems high. However, this comment, more than anything, seems to support the argument for opening the existing MCCA’s books. As you may recall, CPAN’s lawsuit against the MCCA is now before the Michigan Supreme Court. Having access to all of the information used by the MCCA to determine the per-vehicle assessment would make it much easier to see whether the amounts we pay are really necessary, given that it currently has $18 billion in reserves.

Discussions and debates surrounding our no-fault system will not end, regardless of the outcome of SB 248. Indeed, since its introduction, another no-fault bill, SB 313, has also been introduced. Detroit Mayor Mike Duggan has touted a proposal geared towards relieving high auto insurance costs in the Motor City. What is important is that everyone, regardless of where you stand on Michigan no-fault, take the time to truly understand the issues – you might be surprised at what you find.