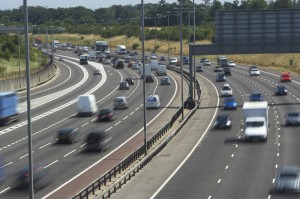 George was joined by Jay Angoff, a former Missouri Insurance Commissioner who had conducted a study on the Michigan no-fault insurance system. The two men discussed CPAN’s appeal to the Michigan Supreme Court in the Michigan Catastrophic Claims Association (MCCA) transparency case.

As you may know, the MCCA determines the amount of the Michigan catastrophic claims fee that motorists must pay annually for their vehicles. This surcharge, paid on top of the cost of auto no-fault insurance, goes directly to the fund controlled by the MCCA. The amount of the assessment changes each year. But exactly how is the fee determined?

This is precisely what CPAN, the Brain Injury Association of Michigan (BIAMI), and other interested parties have been asking for quite some time. CPAN and BIAMI submitted numerous FOIA requests for information about the MCCA ratemaking scheme, in an effort to determine whether the charges being levied every year are an accurate representation of what is necessary to keep the MCCA viable. Though the MCCA was created by the Michigan Legislature in 1978, it claimed that it did not have to comply with the FOIA requests. In other words, it asserted that it did not have to provide the information regarding how it determined the rates it assesses every year.

Unable to get the answers they sought, CPAN, BIAMI and others filed suit, asserting the MCCA ratemaking process is not transparent. Ingham County Circuit Court Judge Clinton Canady agreed with CPAN’s position, finding that the people of Michigan had a right to know about the MCCA ratemaking determination. On appeal, however, the MCCA’s position resonated with the Court of Appeals, and overturned the lower court ruling this past May. Last week, CPAN filed an application for leave to appeal to the Michigan Supreme Court. This doesn’t guarantee that the case will be heard, but with an issue as important as this one, it would make sense for the Court to hear it.

On The Frank Beckmann Show, George reiterated the importance of why insight into MCCA’s ratemaking process was so vital. First, he explained that the people of Michigan have the right to know whether fair, appropriate assessments are being made. Second, he explained the need to be able to determine whether the claims that MCCA’s fund is unsustainable are true (this has been repeated not only by the MCCA, but by others who seek to dismantle the auto no-fault system). We do know that, as of 2017, the MCCA has approximately $20 billion in assets, so it the claims that the fund is unsustainable are interesting.

Jay Angoff, who appeared on the show with George, conducted a study on the Michigan auto no-fault system and found that the amount that the MCCA pays out in claims has been roughly 15% less than what they project will be paid out. Furthermore, the current assessment, $186 per vehicle per year, was based on these projections. If the fund is paying out approximately 15% less than its projections, was does that mean for the claim that the fund is in danger?

Perhaps one important fact to keep in mind is that, in the late 1970s, the Michigan Supreme Court held in Shavers v Attorney General, 402 Mich 554, 601 (1978), that Michigan residents have a constitutional right to information regarding how these rates are set:

“[D]ue process, at a minimum, requires that rates are not, in fact, ‘excessive, inadequate or unfairly discriminatory’ and, further, that persons affected have notice as to how their rates are determined and an adequate remedy regarding that determination.” (emphasis added)

Editor’s Note: In May 2017, the Michigan Supreme Court denied the appeal in the MCCA transparency case, leaving the Michigan Court of Appeals decision intact. Unfortunately, this means that although the MCCA has been deemed a public body, it continues to operate under a “dark cloak of secrecy” that the government itself does not get to hide behind.