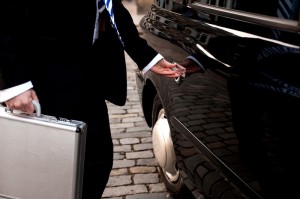 Last week, the tech start-up firm Uber announced a major expansion into Grand Rapids, Lansing, Flint, and Kalamazoo. The company is best known for its technology that connected passengers to taxicab drivers via a smartphone app. But Uber recently upped the stakes when it announced the arrival of one of its services, UberX. Instead of connecting passengers to taxis, UberX turns everyday people into unofficial cab drivers. That is, UberX is a service where the average Michigan citizen can become an Uber driver using their own car. Folks looking for ride then use the Uber app to connect with these drivers. The two agree on a route and a fee and head on their way. In many ways, UberX is a digital form of old-fashioned hitchhiking. Some have also likened it to the online service Airbnb, where people rent out their homes or condos to out-of-town visitors.

UberX certainly has appeal in terms of its convenience and open access. But the service has raised a great deal of controversy around the country and throughout Michigan. Cities and municipalities have expressed concern about UberX skirting state laws and regulations regarding taxis and chauffer services. But UberX also presents very difficult public safety questions, particularly when tragedy strikes during an Uber trip.

Grand Rapids auto accident attorney Tom Sinas was interviewed last Thursday on Grand Rapids news station Fox 17 about the complicated legal issues presented by UberX. As Tom Sinas explained, one of the biggest issues is who is responsible for a car accident that occurs during an Uber trip. Tom said that, generally speaking, three people or entities could be responsible. First, the company Uber could be responsible. But as Tom Sinas pointed out, in other lawsuits around the country, Uber has argued that it not responsible because its drivers are “independent contractors.” Second, the driver of an Uber vehicle may be responsible. But this presents troubling issues about whether an Uber driver would have insurance coverage.  Last weekend, the Grand Rapids Press ran a feature story on Uber’s expansion into Michigan. That story quoted representatives from the insurance industry, who explained that under most insurance policies, a person driving for hire is excluded from coverage. Uber has responded to this by saying that it offers insurance coverage that covers its drivers.  But as with all insurance policies, the devil is in the details. So there very well could be provisions in Uber’s insurance contract that could complicate claims by injured people. Finally, as Tom Sinas explained on Fox 17, it is possible that the passenger in an Uber vehicle could be held responsible for an auto accident. This is a concept that the law refers to as “agency” – the idea that a person responsible for who they hire. While there are good arguments that a passenger cannot be held liable for the acts of an Uber driver, this legal theory appears to not have been tested. As with so many other areas of modern life, our law is slow to keep up with technology.

Tom Sinas explained that Uber’s expansion into Michigan is particularly complicated because Michigan is a no-fault state. Under our law, individuals injured in automobile accidents are entitled to many benefits, regardless of fault, including lifetime medical care. One concern expressed by lawyers and the insurance industry is whether an Uber passenger would be able to receive no-fault benefits in the event of an accident. So far, we are unaware of this issue being tested in court. The language of the statute itself would suggest that an Uber passenger can recover no-fault benefits. There are, however, potential pitfalls, particularly for out-of-state residents who take a trip in an Uber vehicle in Michigan.

Uber is on the front lines of the intersection of technology and law. Certainly, we are all grateful for technology that makes our lives more efficient and simpler. But when it comes to UberX, we should all remember that on the other end of that app on your smartphone is something that kills and injures more people every year than almost anything else: an automobile.