We all listen to the car radio while driving. Sometimes we sing along to our favorite tune or take in the news of the day. But a recent study reveals that listening to the radio while driving is a bigger distraction than originally thought, and may lead to more auto accidents. 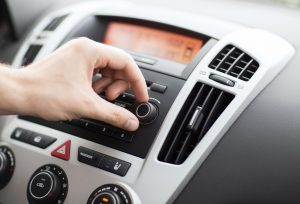 The study focused on what’s known as the “perceptual load theory” of attention. According to this theory, humans have a finite quantity of attention and, once a person reaches the maximum amount, he or she cannot process any other information.

The study investigated whether information delivered to one sense (hearing the radio while driving) could affect the awareness levels in a different sense (seeing the road while driving). Using a driving simulator, researchers measured whether listening to a traffic report on the radio affected a driver’s ability to absorb and process visual information.

As the drivers maneuvered their vehicles, researchers measured various aspects of their performance. Some visual surprises were also tossed in from time to time: an elephant or a gorilla on the side of the road. No matter what drivers are listening to on the radio, they’d certainly notice a giant animal on the side of the road, right?

Not according to the study.

In addition, the high-attentional load group performed worse when it came to obeying traffic signals and recalling what vehicles had just passed. They also performed poorly when it came to lane position, speed and reaction time to hazards. Researchers cautioned:

“Anything that draws our attention away from driving can be problematic, even if it’s auditory like listening to the radio or having a hands-free phone conversation. That doesn’t mean that we should ban radios in cars, but that we should all be aware of the limits of our attention.”

The study confirmed that perceptual loads do, indeed, have sensory cross-over effects. What does this mean? That paying attention with one sense while driving can prevent other senses from being as attentive as they normally would.

While more research is necessary to corroborate the findings, the results seem to indicate that attentional load is a significant contributor to driver distraction and, as a result, to auto accidents and accident-related injuries.

“Road safety campaigns are so focused on telling us to keep our eyes on the road, and this is certainly important, but this research tells us that it’s simply not enough. We should focus on keeping our brains on the road.”