The notice that persons who suffer a Michigan car accident injury must give their auto insurer does not have to detail all their injuries, according to the Michigan Court of Appeals.

In Dillon v State Farm Mutual Automobile Ins Co, a published decision, the Court of Appeals said it was sufficient that the car accident victim told her auto insurer that she “suffered physical injuries in a motor vehicle accident.” 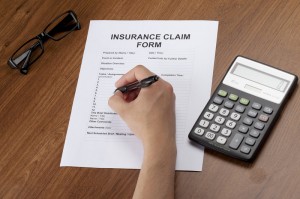 The claimant was in a car accident in 2008 and notified her no-fault auto insurer, State Farm, that she suffered lower back and left shoulder injuries. State Farm paid personal protection insurance (PIP) benefits for these injuries. In 2011, the claimant began having hip pain and sought treatment, and eventually had surgery. She attributed her hip injury to the 2008 car accident and sought additional insurance coverage. State Farm denied benefits, asserting that it did not receive notice of the hip injury within one year of the car accident, as required by the No-Fault Act. Rather, State Farm alleged it only received timely notice of the claimant’s lower back and left shoulder injuries.

The claimant sued State Farm for coverage. The trial court denied State Farm’s motion to dismiss the case, and a jury found in the claimant’s  favor. State Farm appealed, asserting it rightfully denied the hip injury claim because the injury was not identified in the notice that it received in 2008.

Addressing State Farm’s argument, the Court of Appeals focused on MCL 500.3145(1), which says:

“An action for recovery of personal protection insurance benefits payable under this chapter for accidental bodily injury may not be commenced later than 1year after the date of the accident causing the injury unless written notice of injury as provided herein has been given to the insurer within 1 year after the accident or unless the insurer has previously made a payment of personal protection insurance benefits for the injury. … The notice of injury required by this subsection may be given to the insurer or any of its authorized agents by a person claiming to be entitled to benefits therefor, or by someone in his behalf. The notice shall give the name and address of the claimant and indicate in ordinary language the name of the person injured and the time, place and nature of his injury.”

In particular, the Court of Appeals had to determine what is meant by the phrase “the time, place and nature” of the claimant’s car accident injury.

“[I]f any conclusion can be reached it would be that Mousa stands for the proposition that the notice of loss does not need to identify the specific injury. … While hardly definitive of the question before us, it would seem that the Welton Court … viewed the notice of injury required by the statute in much more general terms than defendant proposes or than did this Court in the unpublished decisions relied upon by defendant.”

The Court of Appeals then turned to the language of §3145(1) itself. Reviewing the first sentence, the Court said:

“[I]f the Legislature intended for the ‘notice of injury’ to identify a very specific injury, such as an injury to the left hip, rather than the mere fact that an accident resulted in some injury, it would have provided that ‘notice of the injury’ must be given.”

Reviewing the last sentence of §3145(1), the Court of Appeals noted:

“[T]he Legislature tells us that, among other things, the notice shall give the ‘nature of his injury.’ Merriam-Webster’s in this context defines ‘nature’ as ‘a kind or class usu. distinguished by fundamental or essential characteristics.’ Thus, we see reference to the general, not the specific.”

Accordingly, the Court of Appeals said the notice of injury required by §3145(1) did not have to specify the claimant’s hip injury, and it was sufficient that State Farm received notice that she had “suffered physical injuries” in a car accident.