On the night of September 10, 2015, 18-year-old Christal McGee was taking friends home in her father’s white Mercedes-Benz C230. While driving, she allegedly opened the Snapchat app on her smart phone so she could use its “speed-capturing” filter to post a photo of her driving at a high rate of speed. As McGee purportedly reached 107 mph and was about to post the photo, the Mercedes-Benz slammed into a Mitsubishi being driven by Maynard Wentworth.

Wentworth, an Uber driver who was just beginning his shift, reportedly suffered severe injuries in the car accident, including a traumatic brain injury. He spent months in the hospital. McGee struck her heard on the Mercedes-Benz’s windshield and later Snapchatted a photo of herself on a backboard and in a neck brace, with this caption: “Lucky to be alive.” 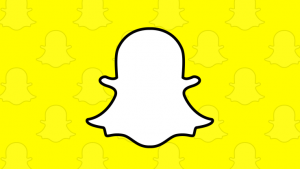 For those who aren’t familiar with Snapchat, the speed-capturing filter lets users take selfies while walking and running — and also while driving.

This filter is now at the heart of a negligence suit that Wentworth has filed against both McGee and Snapchat. The auto negligence lawsuit claims that Snapchat is partly responsible for the crash that injured Wentworth, because the company did not remove the filter from the app, even though the filter was previously involved in a similar accident. According to the complaint:

“Snapchat users, such as McGee, could document and submit their speed by taking a photo and sending it to Snapchat. Snapchat would ‘reward’ users that submitted photographs by giving them points that could lead to a ‘trophy.’ … Snapchat knew that its users might use its service in a manner that might distract them from obeying traffic or safety law. Snapchat also knew … that Snapchat users might put themselves or others in harm’s way in order to ‘capture a Snap.’ … Snapchat knew the fact that certain users were driving at excess speeds while using Snapchat created an unnecessary danger to the public. … Snapchat knew that wrecks had occurred due to the use of Snapchat’s app while driving at high speed. Despite Snapchat’s actual knowledge of the danger from using its product’s speed filter while driving at excessive speeds, Snapchat did not remove or restrict access to the speed filter.”

The complaint, filed in an Atlanta court, claims that Wentworth is unable to return to work as an Uber driver, and seeks damages for his permanent brain damage, permanent loss in his quality of life, and serious financial loss. Wentworth’s wife has also filed a claim for the loss of her husband’s companionship.

The prior Snapchat incident referred to in Wentworth’s complaint allegedly occurred in July 2015, when a 17-year-old Brazilian girl documented driving 110 mph and then crashed her car, suffering significant injuries.

But McGee’s father recently told Atlanta’s WGCL-TV that his daughter was not using her phone or Snapchat at the time of the accident, and was only traveling about 65 mph:

“The other two girls who were in the back seat, both of their phones were destroyed. They went flying. When the fire department doused the flames from the impact, it ruined those phones. My daughter’s phone was still in tact because it was in her purse. … She was going about 65 mph and the car that pulled in front of her was going about 10-15 mph.”

One of McGee’s passengers that night also told WGCL-TV that McGee was not using the Snapchat filter at the time of the crash. According to the passenger, Wentworth caused the accident when he pulled out in front of the Mercedes-Benz. The accident report does not say who was at fault or how fast the vehicles were traveling, and the police have indicated the investigation is still ongoing.

“No Snap is more important than someone’s safety. We actively discourage our community from using the speed filter while driving, including by displaying a ‘Do NOT Snap and Drive’ warning message in the app itself.”

According to statistics, 60 percent of Snapchat users in the United States are under age 25. The largest user base is persons between the ages of 18 and 24 (37 percent) — in other words, younger drivers.

While it’s disputed whether McGee was using Snapchat at the time of the accident, it cannot be disputed that distracted driving is a serious problem, particularly among younger drivers. That’s why any smart phone app, including Snapchat, that lets drivers take a photo while traveling at high speeds should be restricted or removed altogether.

No selfie is worth the risk.