On the heels of a downward trend in recent years, Michigan traffic accident deaths jumped 10 percent in 2015 — with a whopping 57 percent spike in fatalities involving bicyclists.

In 2015, there were 963 traffic-accident deaths on the state’s roadways, up from 876 in 2014, according to new information released by the Michigan State Police (MSP)’s Office of Highway Safety Planning. This is the highest number of auto-accident fatalities since 2008. 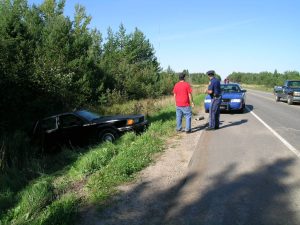 Here are more numbers from the MSP:

Melody Kindraka, of the Michigan Office of Highway Safety Planning, said various factors likely contributed to the increase, such as economy, weather, gas prices and changes in drivers’ behavior, including more drivers being distracted by their cell phones.

Fatalities are up “across the board,” except for the category of commercial motor vehicles involved fatalities, which dropped 19 percent, Kindraka noted.

More detailed information about the 2015 statistics will be posted at Michigan Traffic Crash Facts in the coming months.