In responding to car accidents, law enforcement will now be able to confirm whether or not the drivers involved are insured.

Michigan police officers have a new way of detecting uninsured motorists in Michigan, and it could benefit auto accident victims who are injured as a result of the negligence of uninsured drivers. According to a recent article, police departments in Michigan are now able to access information provided to the Secretary of State by Michigan no-fault insurance companies. The availability of this information means that police officers are now able to more easily confirm the insurance status of vehicles involved in car accidents in Michigan.

Michigan law requires all drivers to carry no-fault insurance on their vehicles. Being caught driving without insurance is a misdemeanor offense, punishable by fines and 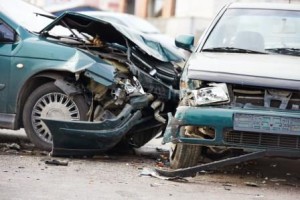 the possibility of jail time. However, despite this legal requirement, statistics show that as many as 20% of drivers in Michigan fail to carry the required no-fault automobile insurance. This means that if you are injured as a result of a car accident with another vehicle in Michigan, there is a 1 in 5 chance that the at-fault driver has no insurance.

Because of this reality, it is recommended that you purchase optional uninsured motorist coverage from your no-fault insurance company in order to protect yourself in the event that you are injured as a result of an uninsured driver’s negligence.

However, simply purchasing uninsured motorist coverage does not guarantee that your no-fault carrier will automatically pay those benefits when you are injured. One hurdle to recovering uninsured motorist benefits is that Michigan insurance companies typically require injured parties to provide proof that the at-fault driver was not insured. Oftentimes, it can be difficult to demonstrate that another party did not have insurance. Michigan auto accident victims typically have to rely on the information contained in traffic crash reports in order to determine if the at-fault driver had insurance. These reports are compiled at the scene of a crash by investigating police officers, who rely on whether individuals involved in accident provide proof that they have purchased the requisite no-fault insurance.

Nonetheless, the at-fault driver’s failure to produce proof of insurance does not always mean that a vehicle is not insured In these cases, the injured party must find a way to confirm that the at-fault driver did not have coverage before his or her own insurance company will consider paying uninsured motorist benefits. This added stress comes at a time when auto accident victims are already dealing with the fact that they have been seriously injured in a car accident and only serves to make victims lives more difficult during trying times.

Michigan’s new policy looks to make this process much less demanding on injured parties and police officers alike. Under the new policy, which reportedly went into effect in several counties last fall, Michigan insurance companies regular submit reports to the Michigan Secretary of State regarding the vehicles that they insure. This information is then made available to state and local police through the Law Enforcement Information Network, or LEIN.

Through this technology, police officers can now instantly verify the insurance status of a vehicle simply by running the vehicle’s plate number through the LEIN system, which in turn will allow them to easily and accurately indicate the insurance status of the parties on traffic crash reports. The wider availability of this information will, in turn, make it easier on the victims of uninsured motorists to demonstrate to their insurance carrier that the at-fault driver was not insured at the time of the accident.

It should be noted that while this new policy may relieve some of the burden placed on Michigan auto accident victims, it is not perfect. No-Fault insurance companies provide reports to the Michigan Secretary of State on the 1st and 15th of each month, meaning that coverage that is obtained or dropped in between reporting dates may not be reflected in the LEIN database until the next reporting date. Therefore, if there is a dispute over whether a vehicle was insured, there may be a need to take further action.

But despite these imperfections, the easier availability of insurance information ultimately means it will be less burdensome for auto accident victims injured by uninsured motorists to prove a lack of coverage by the at-fault driver, which places them one step closer to recovering the uninsured motorist benefits they are owed.