HB 5951 would impose state-wide regulation of ride-sharing companies such as Uber, but there are questions about whether it’s enough 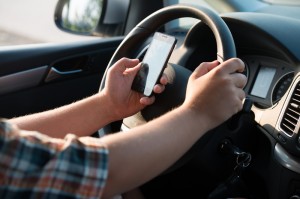 Discussions about Uber have picked up once again, not just because of all of the negative press as of late, but due to House Bill 5951. It was introduced on November 12, 2014, and it’s very possible it could see some action before the lame duck legislative session is over. It was recently referred out of the House Energy and Technology Committee, so a vote may soon be in its future before the end of the year.

As you may recall, the discussion about ride-sharing companies, specifically Uber and Lyft, which currently operate in Michigan, picked up with Uber’s expansion in the state this summer. The company now operates (legally or otherwise) in six Michigan cities: Lansing (East Lansing), Grand Rapids, Kalamazoo, Flint, Detroit, and Ann Arbor. As we’ve discussed in the past, issues have come to light about how Uber and its brethren would operate under current Michigan laws, rules, and regulations, specifically those concerning auto no-fault insurance law and those relating to how taxis and other similar services function. Lansing and East Lansing welcomed companies like Uber with open arms, and established a regulatory authority to ensure that Uber would operate legally. On the other hand, Grand Rapids decided not to regulate Uber’s presence in its city. Ann Arbor took the position that Uber and Lyft were not welcome within its city limits, and issued a cease and desist order to prevent them from operating – an order that Uber ignored.

Whether or not Uber, Lyft, and other similarly situated companies are here to stay, and given that there were no rules or regulations governing their operation that applied across the board, Representatives Kelly and Nesbitt introduced HB 5951 in order to lay the groundwork for regulating these ride-sharing companies within the state. If the bill passes, companies like Uber would have to abide by those state-created rules, which would then make the rules created Lansing and East Lansing, via the regulatory authority, obsolete.

The following points summarize some of the highlights of the HB 5951:

What are the implications of HB 5951?

Grand Rapids auto accident lawyer Tom Sinas and Lansing auto accident lawyer Steve Sinas have recently given their opinions about how the law could potentially affect us. Tom recently appeared with Christian Frank on Fox 17 to give his take on the proposed law, and what it meant for the people of Grand Rapids. As we mentioned above, Grand Rapids decided not to regulate Uber. If HB 5951 passes, Grand Rapids would never have the opportunity to do so, as the state would now have the power. Stated another way, if Grand Rapids decided it wanted to imposed stricter rules upon ride-sharing companies that operated within its city limits, it would not be able to do so. In addition, it’s important to note that the regulations contained in the bill would only apply to Uber and other ride-sharing companies. The more stringent rules with which taxi services have to comply would not apply. Further, if anything does go wrong during an Uber ride, the company has been exempted from any corporate liability. Finally, as Tom mentioned, if you’re an Uber driver (or a potential driver), take note: if something were to happen and you were injured, you would not be able to seek workers’ compensation from Uber, as you’d be classified as an independent contractor, not an Uber employee.

Lansing auto accident attorney Steve Sinas appeared on the Michigan’s Big Show to discuss the house bill, and also testified before the House Energy and Technology Committee on Monday, December 1, 2014. During his radio appearance and his testimony, Steve mentioned that there was still reason to be concerned about the proposed bill, especially when trying to determine how it fit in with current Michigan auto insurance requirements.  Steve’s conclusion —  one that is shared by a number of those with concerns about Uber —  is that it doesn’t. The bill would essentially allow Uber, Lyft, and other “transportation network companies” to operate under a separate system that what currently exists for taxi companies. For example, taxis must have $1 million in coverage for bodily injury and other similar claims, as well as separate coverage for property damage – two separate coverages. In contrast, according to the bill, Uber would only need to have $1 million limit which would cover both bodily injury and property damage, but only during a pre-arranged ride. At all other times when the driver is logged on, only $20,000 in coverage is available.

What about larger vehicles – those that can seat between 9 – 15 passengers? Under current regulations governing taxis and limos, $2,000,000 in liability coverage must be available. However, under HB 5951, Uber would only need to have $1,000,000 in coverage, which would cover all  injured parties and property damage in the event of an accident. Why should Uber be treated any differently than taxis and limos in this context?

Something important to keep in mind in light of the debate surrounding Uber’s operation Michigan: it’s not that technology and innovation that makes our lives easier are a bad thing. Such innovations are to be welcomed. However, the products and services being touted by Uber and similarly situated companies must be safe and operate legally. The public’s well-being should be first and foremost in everyone’s minds, especially in light of Uber’s recent troubles as they relate to the safety of its customers.

All in all, Uber needs play by the same rules everyone else does – $40 billion valuation or not.