The Jeep vehicle hacking incident – and subsequent recall of Fiat Chrysler automobiles – should give us pause.

The auto industry, privacy advocates, and the general public were taken by storm when a Wired magazine article was published recounting what many would consider a nightmare situation: having a Jeep (or other motor vehicle) hacked remotely while cruising along a highway at a high rate of speed. If done by someone without the best of intentions, you could find yourself powerless to avoid crashing into other vehicles, semi-trucks, or even unsuspecting pedestrians. A scary thought, indeed. 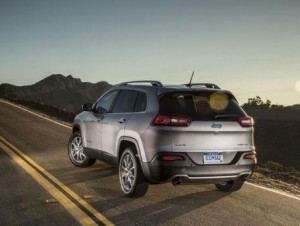 Granted, the author, Andy Greenberg, knew those responsible for the Jeep vehicle hacking – and that it was going to happen. He also knew that the experiment would highlight a major security flaw, hopefully lighting a fire underneath auto manufacturers. But, if steps aren’t taken to protect motorists from the vulnerabilities that exist with connected automobiles, car hacking may become more commonplace and may very well happen on a larger scale than this isolated incident.

While we won’t recount everything that happened in the Jeep vehicle hacking incident here (let’s just say it wasn’t good), it’s important to know that the government is moving quickly to make sure auto companies are taking this threat seriously, doing everything they can to protect consumers. Last week, legislation was introduced that would authorize the National Highway Traffic Safety Administration (NHTSA) and the Federal Trade Commission (FTC) to establish guidelines that would secure cars and protect the privacy of their drivers. Fiat Chrysler has issued a recall of 1.4 million vehicles affected by the security flaw recently publicized, including the following makes and models:

Note that this recall is specific to these vehicles with the 8.4 inch touchscreen entertainment system. Owners of these vehicles have a number of options when determining how to protect themselves against this vulnerability. They may download and install the update themselves (which must be done while the vehicle is parked), or they may go to their local dealership to have it installed at no cost.

If you don’t own any of the above-listed vehicles, don’t necessarily assume you’re in the clear, especially if you’re driving a more modern vehicle that may have internet or cellular functionality. Other brands create vehicles with similar features may also be at risk, and it may only be a matter of time before other vulnerabilities are exposed and exploited by car hackers.

Of course, this is not to say that innovation isn’t welcome and should not be embraced. Indeed, cars these days are safer than their older counterparts, thanks in part to technological advances. Features such as lane departure warnings, rear cameras, parking assist, and others can help keep us and others on our roads safe. As we move closer to a future that includes driverless and connected vehicles, however, safety should not be compromised for convenience – something that auto manufacturers need to remember.