Have you heard about the #crashnotaccident campaign? It involves a concerted effort to shift the terminology used to describe collisions involving motor vehicles, semi- 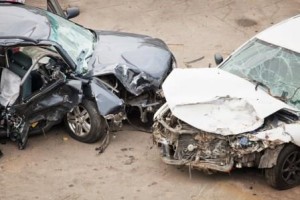 trucks, motorcycles, bicycles, and pedestrians. For the longest time, these incidents have been called – and are still called – accidents. But, are they truly “accidents?”

Advocates behind the #crashnotaccident movement – groups like Transportation Alternatives and Families for Safe Streets — are calling on the general public and media outlets to use the term “crash” instead. Why?

Quite simply, the term “accident” seems to imply that car crashes just happen – that they are unpreventable and inevitable, no matter the circumstances. Unfortunately, in most instances, that’s simply not the case. When someone makes the conscious decision to drink, gets drunk, and then gets behind the wheel only to crash into another vehicle causing serious personal injury or worse, that is not an “accident.” While the drunk driver might not have intended to hurt or kill anyone by engaging in that reckless behavior, that individual wasn’t forced to drive. He or she probably wasn’t forced to drink without arranging for a sober ride home. Choosing to engage in dangerous, risky behavior that results in personal injury or death is not an accident, even if the end result was not meant to happen.

This is precisely the point #crashnotaccident advocates are making. They argue that “the term ‘accident’ makes it seem like crashes are inevitable, rather than preventable. In a subtle way, it normalizes the crash and discourages us from looking more deeply into their causes – whether alcohol, reckless driving, or bad street design.”

What about cases of distracted driving crashes? Watch the following video and ask yourself at the end of each segment: crash or accident?

As Michigan attorneys who have represented survivors of serious, traumatic auto crashes across the state, it has been our experience that in many cases, individuals causing the collision were doing something that took their concentration away from the task at hand, or somehow impaired their ability to drive properly. Activities such as texting while driving, fumbling around to change the radio station, talking on the phone, putting on makeup while driving, eating while driving, or taking medication that would affect one’s ability to drive are all decisions motorists make that cause car, semi-truck, motorcycle or other types of collisions.

Traffic safety professionals have supported the use of the term “crash” as opposed to “accident” for some time now. Dating back to the 1960s, they realized that using the term “crash” more accurately described what happened during a motor vehicle collision. The National Highway Traffic Safety Administration (NHTSA) no longer uses the term “accident” in its official publications and asked the public to stop using the term in 1994.

What do you think? Do you side with believers in #crashnotaccident? Or, are all collisions really just accidents? Share your thoughts in the comments below or on the Sinas Dramis Law Firm Facebook page.