Will HR 3488, the SAFE Trucking Act, make us safer by allowing heavier semi-trucks on the road? 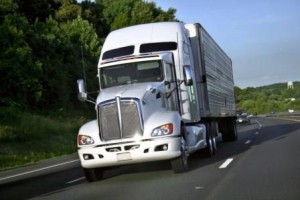 them on the road? Would it make a difference knowing that trucking accident fatalities are on the rise and have been for over the past four years?

Representative Ribble from Wisconsin has introduced a bill that would increase the federally imposed weight limit for semi-trucks on the premise that larger trucks carrying more weight would lead to less trucks on the road, making motorists safer. HR 3488, ironically called the Safe, Flexible and Efficient Trucking Act (SAFE Trucking Act), would increase the current limit, 80,000 pounds, to 91,000 pounds – but only for six-axle trucks.

The proposed bill would allow states to decide whether or not to allow trucks that could carry up to 91,000 pounds:

States deciding to allow heavier trucks to operate would be required to submit reports every three years detailing the following:

Why the weight increase for semi-trucks is a terrible idea

In a statement, Representative Ribble noted that “The SAFE Trucking Act will help us safely move more of the things Americans want with fewer trucks taking up space on the road, and it is based on data to ensure that truck stopping times and pavement wear are as good or better than our current trucks.” Considering that there are still far too many risks and dangers associated with semi-trucks, are we putting efficiency on a higher pedestal than safety?

According to the Executive Director of The Coalition for Transportation Productivity (CTP), “Truck travel has grown 22 times faster than road capacity since the federal weight limited was last changed in 1982 . . . Recognizing that more than 70 percent of freight must be shipped by truck, we need to confront the highway capacity crunch now if our country is to remain competitive. The Safe Trucking Act safely improves the productivity of truck shipments so we can decrease the truckloads necessary to meet demand and make our entire transportation network more efficient.” Notice that the director’s comments, other than in referencing the name of the Act, place great emphasis on efficiency and competitiveness. Safety? Not so much.

There continue to be concerns about the number of crashes involving semi-trucks and other larger trucks on roads throughout the country. Fatalities associated with trucking accidents have increased in the past four years – 17% since 2009, in fact. On average, 4,000 individuals are killed in these types of crashes, with 100,000 people suffering injuries.

Truck safety advocates such as the Truck Safety Coalition vehemently oppose the legislation. In a press release, the TSC stated that the Representative “should be focusing on the truth, like the fact that between 2009 and 2013, total fatalities in all crashes in Wisconsin have decreased by 3.2 percent, while large truck crash fatalities have increased by 50.9 percent; or that during this time 330 Wisconsinites were killed in large truck crashes. Instead, he is more concerned with much different figures – the profits of trucking companies. It is unfortunate that his bill prioritizes profits above the safety of the people he represents.”

How would the increased limits impact Michigan should the state decide to allow these heavier trucks? Well, our roads are already in dismal shape, and many of our bridges aren’t in the best condition. Why would we make things worse by allowing semi-trucks to carry additional weight, precariously imperiling our state’s troubled infrastructure?

At the end of the day, however, it remains to be seen how all of this will play out, or, if the provision eventually becomes law, whether Michigan will jump on board.

If you’ve been injured in a crash, whether you need a Lansing Semi-Truck Accident attorney, a Grand Rapids Semi-Truck Accident Attorney, or anywhere else in the state of Michigan contact Sinas Dramis Law Firm, where our attorneys have been handling truck accident cases in Michigan for more than 70-years.