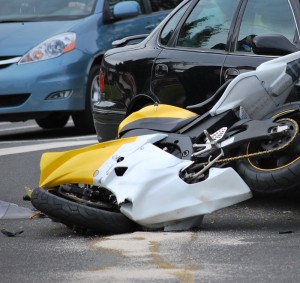 As we have previously posted on this blog, political leaders in Lansing have introduced legislation that seeks to significantly overhaul Michigan’s auto no-fault system. This legislation will have dramatic impacts on the rights of Michigan motorists and the providers that care for them. Grand Rapids auto accident attorney George Sinas recently told a Traverse City radio audience that this “reform” legislation represents the insurance industry’s “wish list” and a nightmare for the rest of us.

Although every Michigan citizen would be affected by this legislation, there is one group of people whose rights would be limited most severely: Michigan motorcyclists. Right now, motorcyclists under Michigan no-fault law are treated nearly the same as other drivers. That is, motorcyclists who are injured in accidents involving another motor vehicle are entitled to the same benefits as the driver of a car. That means motorcyclists can receive lifetime medical expenses, three years of lost wages, and three years of household-chore services known as replacement services.

But the new legislation would change all of that. HB 4612 (H-3), introduced by House Speaker Jase Bolger in February 2014, would cap the benefits available to motorcyclists at $250,000. That means that no matter how severe an injury one sustains in a motorcycle accident, that person can claim no more than $250,000 in benefits. This is particularly troubling for three reasons.

First, the $250,000 cap applies even if the motorcyclist purchased other automobile no-fault insurance for a car. That means that motorcyclists are discriminated against simply because they chose to ride a motorcycle– even though they paid into the no-fault system. Second, efforts to “reform” Michigan’s no-fault system last year failed largely because the proposed $1 million cap in benefits was deemed insufficient. So why would we consider sufficient another piece of legislation that only affords motorcyclists 25% of that amount? Finally, perhaps more than anyone else on Michigan roads, motorcyclists need the full amount of available coverage. It is undeniable that motorcycle accidents can easily lead to very serious injuries. A motorcyclist who is injured in an accident involving a car can easily spend $250,000 before even leaving intensive care. To cut that person off from future benefits means that someone else–their families, the state, or medical providers–will be forced to pick up the tab.

If you or someone you know is injured in a motorcycle accident and has questions about their rights, please consider contacting a Grand Rapids or Lansing auto accident attorney. You can also download our firm’s free literature on the rights of Michigan motorcyclists.