Will no-fault reform efforts include insurance companies that fail to provide benefits for no legitimate reason? 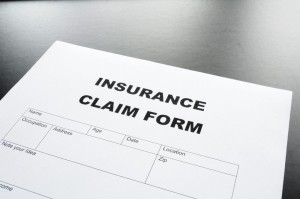 center (in addition to efforts to fix our roads, but that’s a subject for another time). We have covered this year’s efforts to reform our state’s auto no-fault system rather extensively on the blog, especially this spring when efforts ramped up.

In light of this, we found a recent Bridge Magazine article titled “An accident runner, a chiropractor, and the push to curb no-fault insurance” to be an interesting read, for a number of reasons. We’re not going to recap the article here, but you may read it yourself and reach your own conclusions.

Let’s make one thing clear: the behavior detailed in the Bridge Magazine article is absolutely deplorable and should not be tolerated. The legal and medical professionals involved in these schemes are doing a disservice not only to the individuals they see who are in many instances subjected to unnecessary medical treatment, but are also doing a disservice to their professions and the public. Quite frankly, they should be ashamed of themselves.

However, by no means are the auto insurance companies the victims of the Michigan no-fault system. There are many, many more instances of auto no-fault insurers failing to uphold their end of the bargain (in other words, breaking the law), which we would argue is a much more alarming issue. These companies refuse to reimburse providers tending to severely, catastrophically injured auto accident survivors, or even failing to cover treatments that are truly needed in order for the injured to gain back some semblance of the normal life they had before their lives were turned upside down. As CPAN General Counsel George Sinas aptly pointed out in his comments in Bridge Magazine:

If we’re going to get to the bottom, we need to look at more than just a few bad lawyers, but also the insurance industry. . . . When the no-fault statute went into effect, one of the central pieces (driving the reform) was that the tort system (for litigating personal injury cases) was too adversarial. Everything was a fight. No-fault said, ‘You’re in an accident, you get benefits.’ But exactly the opposite has taken place. Virtually every single case is turning into an argument with the insurers.”

As we have pointed out in some of our previous no-fault reform blogs, the issue of fraud prevention must be treated as a two-way street in order for it to be truly effective and fair. It’s not enough to simply go after the accident runners and the attorneys and doctors who work with them. The Michigan no-fault insurance companies must also be held accountable for the seemingly continuous shirking of its duties under Michigan law. SB 248, one of a number of no-fault reform bills currently stalled in the House, purports to establish a “fraud authority.” But, as an organization that would be “supported by the insurance industry and provide support and financial assistance to prosecutors investigating fraud,” how effective would the authority be in combating efforts of their brethren to deny legitimate claims for no valid reason?

No one should dispute the fact that any and all fraud in the system should be eradicated. But, the fact that fraud exists in and of itself is not enough reason to massively overhaul the no-fault system, potentially putting thousands of Michigan families at the risk of not having access to high-quality medical care and the numerous benefits that currently exist under the no-fault law. And, the disgraceful behavior of the insurance companies must also be addressed if any meaningful reform to the no-fault system is to take place. “Fraud happens in other public programs, but we don’t overhaul the system as a result.” George Sinas is absolutely right. The fact that some individuals and groups find it necessary to take advantage of the system that has done so much for so many is no reason to throw the baby out with the bathwater.