In Michigan, adding a teen driver to your auto no-fault policy might not cost you as much as it would in other states

A number of costs are associated with having a teenage driver in your household. Once they have their license, they need a vehicle to drive (be it a parent’s vehicle or 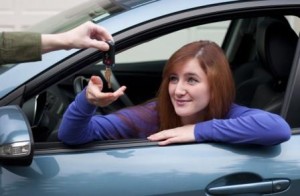 one purchased for them), they need money for gas, the car will need to be maintained on a regular basis, and, of course, they must be insured. Given that Michigan auto no-fault policy premiums may be on the higher end of the spectrum, to begin with, when compared to auto insurance rates in other countries, some parents might truly worry that adding their teenage son or daughter to their policy will make the cost of insurance unaffordable. However, you may be surprised to learn that premium rates don’t increase as much when teens are added to auto insurance policies in Michigan, compared to some other states. And, in the end, Michigan’s auto no-fault PIP benefits are invaluable in the unfortunate event of a serious Michigan car accident.

On average, auto no-fault premiums increase by 57 percent when Michigan teen drivers are added to their parents’ policies. Nationally, rates increased by 80 percent and in some states, such as New Hampshire, insurance premiums increased by as much as 115 percent! The rate the premium may increase also depends on the age and gender of the driver; on average, it costs more to insure younger, male drivers as opposed to older, female drivers (109% increase for a 16-year-old male driver vs. 49% increase for a 19-year-old female driver).

Offsetting the cost of auto insurance for your teen driver

Fortunately, there are a number of ways Michigan families can reduce the impact of increased auto insurance premiums. Insurers may offer a number of discounts, including for the following:

Be sure to contact your insurance agent directly to take advantage of any discounts that may apply to your situation.