Holding that personal injury claims may also include emotional and psychological damages means is also significant in the Michigan no-fault context. Find out why.

With summer almost here, the holidays seem like a long time ago;  but late last December, while most of us were buying presents, the Michigan Supreme Court issued a 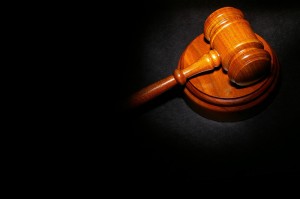 major decision in the world of Michigan personal injury law.  The case of Hannay v. DOT, 497 Mich. 45 (2014), laid to rest an issue that, for years, was uncontroverted: whether personal injury claims include emotional and psychological damages.

The confusion over this issue was created in 2013 when the Michigan Court of Appeals issued its decision in Hunter v. Sisco, 300 Mich. App. 229 (2013). The specific issue there was whether emotional and psychological damages could be recovered in personal injury claims against the government under what is called the Governmental Tort Liability Act (GTLA).  Under the GTLA, a governmental agency is generally immune from liability for injuries that occur during a governmental function. See MCL 691.1407(1).  However, the GTLA has an exception that imposes liability for “bodily injury and property damages resulting from negligent operation… of a motor vehicle.” MCL 691.1405.

The issue in Hunter was whether the phrase “bodily injury” in the motor vehicle exception of the GTLA included emotional and psychological injuries in personal injury cases.  The Court of Appeals held that it did not.  The court reasoned that “bodily injury” encompassed only “a physical or corporeal injury to the body.”  Hunter, 300 Mich. App. at 204.  The court held that damages like pain, suffering, and emotional distress did not fall within that definition and thus were not compensable. Id.

Hunter had significance outside of governmental immunity, particularly in the area of Michigan auto law.  That is because the Michigan No-Fault Act uses the exact phrase “bodily injury” to describe when PIP benefits are payable.  See MCL 500.3105(1).  The No-Fault Act also requires proof of a “serious impairment of body function” (MCL 500.3135(1)) in order to bring a liability claim against the at-fault driver. As such, many believed that the ultimate outcome in Hunter would reverberate around the world of personal injury law.

In its unanimous opinion, the Michigan Supreme Court quelled the anxiety.  In the consolidated cases of Hannay v. DOT, it overruled the Court of Appeals’ decision.  The court held that emotional and psychological damages were compensable in claims against the government.  Moreover, the court clarified that these forms of damage have always been a bedrock component of personal injury claims. The court specifically said: “It is a longstanding principle in this state’s jurisprudence that tort damages generally include damages for all the legal and natural consequences of the injury…which may include…pain and suffering and mental and emotional distress damages.” Id. at 65.

The unanimity and clarity of the Hunter opinion underscores the holding. Although the lower court in Hannay went to great length to justify its very textual definition of “bodily injury,” the Supreme Court saw just how significantly that reasoning departed from centuries of common law.  Otherwise stated, the Justices saw what non-lawyers would never dispute: that the mind and the body are inseparable, and an injury to one is an injury to the other.