Words, and how they’re used, are important. The more we use words or phrases in certain ways, the more we become accustomed to that usage, making it seem “normal.”

In cases of collisions involving motor vehicles, the phrase “car accident” or “traffic accident” has typically been used. For decades, we have been wired to use this “accident” terminology. 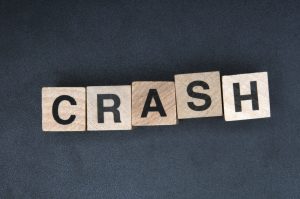 But there’s a national movement underway to replace the phrase “car accident” with “car crash.” Numerous organizations are involved in the effort, including the National Highway Traffic Safety Administration (NHTSA), which has been pushing a “crash not accident” campaign for several years. In fact, some states and cities have joined the movement, already changing their laws to say “crash” rather than “accident.” And in April 2016, the Associated Press asked its journalists to think twice about using the word “accident” when describing a car crash in their news reports.

The “crash not accident” initiative has recently gained momentum, on the heels of the National Safety Council releasing estimates that deadly car crashes across the country climbed nearly 8 percent in 2015. In Michigan alone, car-crash deaths jumped 10 percent last year.

So what’s the real distinction between a “crash” and an “accident”? To find out, let’s look at the Merriam-Webster Dictionary definitions for each word. 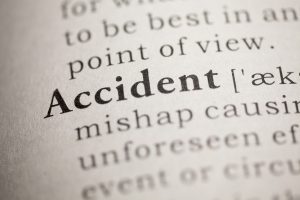 “When you use the word ‘accident,’ it’s like, ‘God made it happen,'” NHTSA Administrator Mark Rosekind told the audience at a May 2016 driver safety conference. “In our society, language can be everything.” The NHTSA stopped using the term “accident” in its official publications back 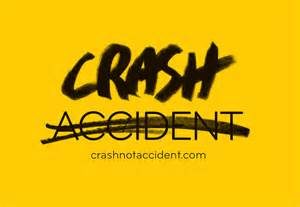 in 1994, and also asked the public to stop using the word.

“I will not call traffic crashes ‘accidents.’ I will educate others about why ‘crash’ is a better word.”

The attorneys at the Sinas Dramis Law Firm represent survivors of car crashes. We know first-hand that most crashes are caused by drivers who were distracted by texting, talking on a cell phone or changing radio stations, or by drivers impaired after using drugs or alcohol.

Talking on a cell phone, texting and adjusting the radio while driving are purposeful actions. The same is true for using drugs or consuming alcohol before getting behind the wheel. These are not “accidental” acts in any sense of the word, which means a resulting car crash is not an “accident” either.

It’s time to alter how we refer to, and think about, car crashes. These unfortunate events are by no means normal, especially for those who are injured in Michigan car crash, and the apathy about them needs to change.

Will you step up and take the #CrashNotAccident pledge … and join the movement?