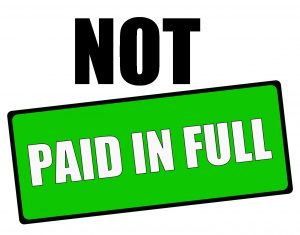 When medical providers treat persons injured in auto accidents, they often seek payment for their services from the appropriate no-fault insurer. But lately, some insurers have been trying to limit their payments to medical providers by using a “settlement allocation” strategy.

This tactic comes into play when the insurer and the injured person negotiate a settlement. The insurer then asks the trial court to allocate that settlement among all the known medical providers — no matter what the dollar amount. If the trial court orders the settlement be allocated, some of the providers could end up getting paid less than what they’re actually owed.

Basically, insurers are trying to take advantage of a special procedure in §3112 of Michigan’s No-Fault Act. Under §3112, if there is uncertainty about who should receive benefits or the proper allocation among those persons entitled to benefits, a trial court may designate the payees and apportion the payment.

Along with §3112, insurance companies are also trying to spin to their advantage the recent Michigan Court of Appeals decision in Covenant Medical Center, Inc v State Farm Mut Auto Ins Co. The appeals court in Covenant Medical held that when an insurer receives specific invoices from medical providers, it cannot turn around and claim that a settlement negotiated with the injured individual is full payment of all the known medical providers’ charges.

While Covenant Medical does not specifically address the §3112 scenario, the language of the opinion suggests the tactics currently being used by insurers will not diminish a known medical provider’s claim for payment:

“[T]he plain text of the statute provides that if the insurer has notice in writing of a third party’s claim, then the insurer cannot discharge its liability to the third party simply by settling with its insured. Such a payment is not in good faith because the insurer is aware of a third party’s right and seeks to extinguish it without providing notice to the affected third party. Instead, the statute requires that the insurer apply to the circuit court for an appropriate order directing how the no-fault benefits should be allocated. That was not done in this case.”

What does all this mean for medical providers? First and foremost, they should anticipate some insurers will argue Covenant Medical stands for the proposition that, by giving notice to the provider and seeking an allocation order, the insurer’s payment will be in good faith and, as a result, will extinguish its payment obligation to the provider. While the attorneys at the Sinas Dramis Law Firm disagree with this interpretation, it is a position that insurers are indeed taking — and it’s one for which medical providers must be prepared.

When a medical provider receives a communication from an insurance company indicating that it is seeking or may seek a settlement allocation order, the provider should:

Time will tell whether insurers will be permitted to continue using this settlement allocation tactic. If the strategy is ultimately deemed allowable, it will be an unfortunate blow to medical providers, putting many of them at risk of getting paid less than what they’re owed . . . and deserve.