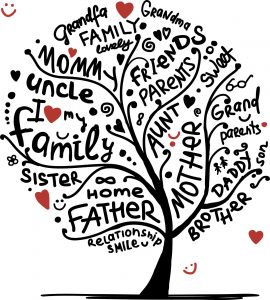 A “cousin by marriage” relationship does not satisfy the definition of “relative” in the No-Fault Act, according to the Michigan Court of Appeals.

In Lewis v Farmers Ins Exchange, an April 19 published decision, the injured person asserted that she resided with, and was a “cousin by marriage” to, Tamekiah Gordon, who had an auto no-fault policy with Farmers Insurance Exchange. The injured person, who was struck by a driver while walking, claimed she was entitled to Michigan no-fault PIP benefits under Gordon’s policy because she was a “relative.” The trial court agreed, and denied Farmers’ motion to dismiss the claim.

The Court of Appeals reversed, finding the injured person neither qualified as a “relative” under §3114(1) of Michigan’s No-Fault Act (MCL 500.3114), nor as a “family member” under Gordon’s auto insurance policy.

Gordon’s auto insurance policy defined “family member” as: “… a person related to you [the named insured] by blood, marriage or adoption who is a resident of your household.” The policy further provided: “We [Farmers] agree to pay in accordance with the [No-Fault Act] the following benefits to or for an insured person. …Insured person as used in this part means: you or any family member.”

Holding that the injured person was not a relative of Gordon’s “by marriage” (i.e., “by affinity”), the Court of Appeals said the trial court had extended the meaning of “relative by marriage” too far. According to the Court:

This interpretation of §3114(1) was inaccurate, the Court of Appeals said, given the Michigan Supreme Court’s ruling in People v Zajaczkowski, 493 Mich 6 (2012), and that decision’s reliance on Bliss v Tyler, 149 Mich 601 (1907). In Zajaczkowski, the Supreme Court, quoting Bliss, defined “affinity” as:

Although Zajaczkowski didn’t involve the No-Fault Act, that decision’s approval of the Bliss definition of “affinity” demonstrated that “this remains the commonly understood meaning of ‘affinity’ under Michigan law and that it should be applied in this case,” the Court of Appeals noted.

As a result, the meaning of “relative” in the context of §3114(1) is a person related “by marriage, consanguinity, or adoption,” the Court of Appeals said. The Court added:

“Consistent with the Michigan Supreme Court’s decision in Zajaczkowski, we conclude that, if the statutory context indicates that relationships ‘by blood’ are intended ‘as an alternative to [relationships] “by affinity,”’ a relationship by affinity or marriage consists of the relation existing in consequence of marriage between each of the married persons and the blood relatives of the other, and the degrees of affinity are computed in the same way as those of consanguinity or kindred.”

The injured person’s relationship with Gordon did not fall within the common understanding of “relative by affinity” under Michigan law and, therefore, she was not entitled to Michigan no-fault PIP benefits, the Court of Appeals concluded.

Not A “Family Member”

As a result, the trial court wrongly construed the term “family member” in a manner that included the injured person’s relationship with Gordon, the Court said.

In conclusion, the Court of Appeals held:

“Because established Michigan law does not recognize the purported ‘cousins by marriage’ relationship between [the claimant] and Gordon, the trial court erred in holding that [the claimant] was Gordon’s ‘relative’ and thereby entitled to PIP benefits under MCL 500.3114(1) and the no-fault policy issued by [Farmers].”