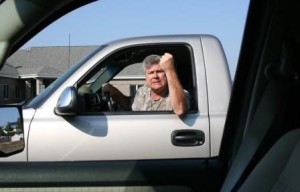 It’s a jungle out there on Grand Rapids roads these days.  Between potholes, ice, and congestion, there are enough irritants to cause road rage in the less patient among us.  So consider the following hypothetical.  You or someone you know is seriously hurt in a car accident when another driver, overtaken by road rage, purposefully ran the victim’s car off the road.  The insurance adjuster for the enraged driver says that, while she is sorry about what happened, there is no insurance coverage.  Specifically, the adjuster says that “intentional acts” are excluded under the auto policy.

So what do you do? Well, lawyers who handle serious personal injury cases are familiar with what is known as the “intentional-acts doctrine.”  Whether in the context of homeowner’s policies, life insurance, or even no-fault PIP benefits, we are quick to be skeptical of any case involving an intentionally-caused event because of the legal challenges in establishing insurance coverage.

When it comes to auto liability claims, however, we need to abandon our skepticism and remember that the rules are completely different.  Under the Michigan No-Fault Act (MCL 500.3101 et seq.), an injured person is allowed to pursue a liability claim against another driver who intentionally causes harm, and an auto insurer must provide coverage in such situations. The explanation for this comes from the text of the statute itself.

The No-Fault Act creates a scheme where, in exchange for PIP benefits, the right to bring a traditional tort liability claim is limited to those scenarios mentioned in Section 3135(3). One such scenario where liability is retained is for “intentionally caused harm to persons or property.”  But you might think: So what if there’s liability? The practical issue is whether there is insurance coverage. This is precisely where the language of MCL 500.3131 comes into play. That section states: “Residual liability insurance shall cover bodily injury and property damage which occurs within the United States. . . .In this state this insurance shall afford coverage for automobile liability retained by section 3135.” In other words, if the liability is retained by section 3135, then a Michigan auto insurer is required to cover the loss.

But what about the policy language? If the policy excludes intentional acts, can’t the insurer deny coverage on that basis alone?  The answer is no. This comes from cases like Cruz v State Farm, 466 Mich. 588 (2002), where the Michigan Supreme Court held that insurers cannot invoke policy provisions that clash with the No-Fault Act. Simply put, the Act trumps the policy.

Certainly, claims involving intentionally-caused injury have their own special challenges. Most significantly, one must remember that, unlike most cases, a PIP insurer has special lien rights against the tort liability claim.  See MCL 500.3116(2). But these cases remind us all auto accident claims require a careful examination of Michigan law and should be handled by attorneys with special expertise in this area of law.