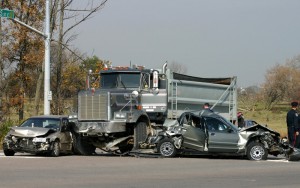 By now, many of you know about the tragic semi-truck accident that took place on the New Jersey turnpike involving famous comedian and actor Tracy Morgan. Morgan and two other passengers were critically injured; unfortunately, the crash claimed the life of the fourth passenger. The driver, who worked for Walmart, allegedly had been awake for more than 24 hours when he failed to slow down when traffic in front of him had done so.

While a devastating occurrence in its own right, the crash highlights a greater issue that the American trucking industry has grappled with for quite some time now – driver fatigue and its impact on the number of semi-truck crashes that take place on our nation’s highways. What makes this interesting is that just days before, the Senate Appropriations Committee voted for an amendment that would alter the hours of service rules by suspending the mandatory 34 hour restart period. The period came into effect last summer, as part of an effort to reduce the number of serious, oftentimes fatal, semi-truck accidents. The amended hours of service (HOS) rule requires truck drivers who reach a maximum of 70 hours of driving in eight days (or 60 hours in seven days) to rest for 34 consecutive hours before resuming their shifts. The required rest period must include two periods from 1:00 am – 5:00 am. However, with this most recent amendment, drivers would be expected to spend more hours on the road with less time for sleep. Supporters of the amendment claim that it would not change either the maximum number of hours truckers could drive in a day or the 30 minute mandatory break required by the law.

What does all of this mean? It means that we could potentially see more fatigued drivers on the road, going against the very purpose behind the restart rules in the first place. Before the rule was originally enacted last summer, the number of crashes involving semi-trucks was on the rise, and had been since 2008. One of the main goals of the HOS rule change was to combat the rising number of fatigued truck drivers on the road, allowing them more time for rest.

Additionally, while the HOS rule meant that some truckers and trucking companies had to change their schedules to accommodate the changes, the vast majority of drivers were unaffected as they were not reaching the 60 or 70 hour limit (upon driving for seven or eight days, respectively). Many of the companies that were affected by the changes have already taken steps to become in compliance with the new rules. Despite these efforts, however, proponents of the amendment maintain that the changed HOS rules mean that more truckers were out on the road during the day, at (potentially) more congested times. However, the rules are not preventing truck drivers from driving at night – drivers can drive at that time as long as those hours do not coincide with periods when the mandated break periods. And again, the restart period is only required if the driver reaches their 60 or 70 hour limit.

Organizations such as the National Traffic Safety Board and Federal Motor Carrier Safety Administration are fully aware of the realities of driver fatigue. For instance, in previous investigations, the NTSB cited driver fatigue as one of the causes of semi-truck accidents, thus justifying the change in the HOS rules that went into effect last summer. We will wait and see how this incident changes the conversation about the hours of service provisions. In the meantime, if you have any questions about the laws that apply to semi-trucks in Michigan, or if you’ve been involved in a Michigan semi-truck accident, contact a Lansing or Grand Rapids trucking accident attorney.