Stepparents and stepchildren are related by marriage, even after the child’s biological parent dies – as a result, a stepchild is entitled to no-fault coverage

Most of us wouldn’t question the familial ties that are created between stepparents and their stepchildren. But, what happens when a child’s biological parent (who remarried) dies? Are the child and their stepparent still “family,” or “related by marriage?” Can they still seek 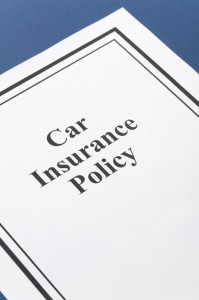 protection under Michigan no-fault law if they’re involved in a car accident? Patmon v Nationwide Mutual Fire Insurance Company is an unpublished case from the Michigan Court of Appeals that was issued not too long ago, dealing with this issue.

In Patmon, the Court had to determine whether a stepdaughter could claim protection under her stepfather’s auto no-fault insurance policy, even though her mother passed away, resulting in the termination of the marriage. For purposes of no-fault, are the stepdaughter and stepfather “related by marriage?” When does the marital relationship end for these purposes? The policy language involved in Patmon provided protection for those were “related by marriage.” However, phrase was not defined in the insurance contract.

The court determined that even though Patmon’s mother died, she and her stepfather maintained their familial relationship, and so she was protected and thus entitled to claim the no-fault benefits Defendant Nationwide should have provided after her car accident. The court looked to the fact that her mother and stepfather had been married for 28 years (since Patmon was five years old), that she lived with them for most of her life, that she pays her stepfather rent, and that she continued to live with him even after her mother passed away.

Patmon sued Nationwide for benefits after said insurance company concluded that she was not a relative under the Michigan No-Fault statute. Nationwide claimed that if her mother were still alive, she would be covered because the parents would still be married. The term “related by marriage” would include the stepchild-stepparent relationship, but only as long as the biological parent was still alive.

The Court of Appeals ultimately determined that the plaintiff –stepdaughter was allowed to claim no-fault protection under her stepfather’s policy. Most, if not all, states that have considered this issue have held that the death of a biological parent does not terminate the relationship (created by marriage) between the stepparent and the stepchild (child of the biological parent). The Michigan Court of Appeals agreed.

Since the term “related by marriage” was not explicitly defined, the Court used its common meaning/understanding, which included a stepchild-stepparent relationship (even when the biological parent is no longer in the picture). It also looked to the context of the relationship between the parties to see if one continued after the biological parent’s death – which there was in this case.

What did we learn here? This case is instructive for the proposition that it is absolutely imperative that you look at the specific policy language governing your auto insurance contract, and whether or not those terms are defined. If a dispute arises and goes to litigation, a court may look to the common meaning of the term at issue in order to help resolve the potential claim.