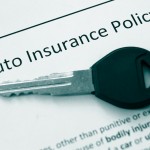 A factor in determining who is entitled to auto no-fault coverage is where an insured party is domiciled (where they reside). This no-fault coverage determination can be complicated if it is unclear where the insured resides – whether they are a Michigan resident or a resident of another state.  A recent Michigan Court of Appeals decision, Tienda v Integon National Insurance Company (2013), shows how important this determination can be.

The Plaintiff in Tienda was a migrant farm worker who temporarily resided in Florida, North Carolina, and Michigan, moving from state to state as the seasons changed.  Plaintiff was a passenger in a car involved in a Michigan auto accident; the owner of the car also moved between those three states.  The No-Fault Act establishes that the injured party may look to a number of sources of insurance: to their own no-fault insurer; to the insurer of a spouse; and to the insurer of a relative with whom the injured person shares a domicile (resides). If no-fault coverage is not available, the injured individual may still be entitled to benefits, with their claim  assigned to an insurance company through the Assigned Claims Facility. Tienda was complex  because the owner of the vehicle, like the Plaintiff, did not have a “permanent” residence, and transported all of his possessions with him as he traveled for work. This made determining where he was domiciled much more difficult, and was the major source of contention between the insurance companies fighting over which one would provide coverage.

Plaintiff’s claim was sent to Titan Insurance via the Assigned Claims Facility.  However, if the owner of the vehicle was not domiciled in Michigan at the time of the accident, another insurance company would be responsible for paying Plaintiff’s no-fault benefits (this other insurance company claimed it was not responsible for paying no-fault benefits because it only had “to pay for injuries or property damage occurring in Michigan if the owner of the vehicle is a resident of another state,” and the owner was a Michigan resident). Ultimately, the Court of Appeals concluded that the driver was a Michigan resident at the time of the crash because he “lived and worked in Michigan, had all of his possessions with him in Michigan, and had no other residence or place he looked to or could be regarded as his home,” and thus Titan Insurance was responsible for Plaintiff’s benefits.

Our team of Michigan auto no-fault attorneys specializes in Michigan no-fault cases and is accustomed to untangling factual situations such as the one encountered in Tienda. Because of the complex nature of our auto no-fault system, it is always wise to consult attorneys with expertise in this area.