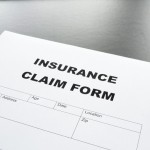 Michigan car accident victims and their medical providers should be aware of Guardian Angel Healthcare v Progressive Insurance, a recent Michigan Court of Appeals decision concerning auto no-fault benefits.  In Guardian, the auto accident victim settled his claim for no-fault benefits with his no-fault insurer, Progressive Insurance.  Progressive and the victim then filed a written agreement (a “consent judgment”) with the court, releasing Progressive from virtually all no-fault claims up until a specified date.  Around the same time, Guardian Angel Healthcare – which had provided services to plaintiff in relation to the motor vehicle accident— initiated its own lawsuit against Progressive for the payment of bills related to plaintiff’s treatment.

The Court of Appeals ruled that Guardian’s claim was foreclosed because the insured, the accident victim, had released Progressive from no-fault benefits up to a certain date.  Unfortunately for Guardian, Plaintiff’s bills were incurred during the period of time set forth in plaintiff’s agreement.  The Court found that Guardian was attempting to stand in Plaintiff’s shoes in order to collect payment for an amount that had already been litigated, when Plaintiff had pursued the same amount in his claim for no-fault benefits against Progressive.

Let Guardian serve as a cautionary tale.  When an accident is severe, the medical costs a person can incur can be substantial and often victims of such crashes receive treatment from multiple medical providers.  Processing such a claim can, at times, be overwhelming to those not familiar with the procedural and legal aspects of Michigan auto no-fault law.  Given the sometimes confusing nature of a no-fault claim, it is imperative that accident victims and their medical providers take steps to protect their legal interests by consulting experienced Michigan auto no-fault attorneys.