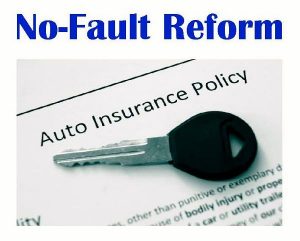 John Cornack, president of the Coalition Protecting Auto No-Fault (CPAN), said the bipartisan legislative package will bring “dramatic and lasting improvements” to Michigan’s auto insurance system for everyone involved. “Whether you are a driver, an accident survivor, a healthcare provider or even an insurance company, there is something to like in this package,” he stated.

The Fair and Affordable No-Fault Reform Package incorporates many of the recommendations made by CPAN earlier this year, including:

In addition to the bipartisan no-fault reform package, lawmakers also announced legislation to correct problems caused by two recent Michigan Supreme Court rulings. According to CPAN’s Cornack, both rulings were a “miscarriage of justice” that, if allowed to go uncorrected, will present “a serious threat to Michigan’s no-fault system.”

The first ruling, Admire v Auto Owners, has been used by insurance companies to deny no-fault benefits for legitimate expenses needed by car crash victims, including handicapped-accessible transportation and specialized food. Lawmakers have indicated they will introduce a bill to ensure that accident survivors will have these basic needs met.

The second ruling, Covenant Medical Center v State Farm, prevents medical providers from suing insurance companies on behalf of auto accident patients when insurers refuse to pay for medical treatment that has been rendered. The Covenant decision puts patients in the cross-hairs of litigation because medical providers are unable to pursue claims directly against insurance companies on behalf of their patients and, instead, will most likely have to file lawsuits against their patients for unpaid bills.

No Coverage Caps And Taxpayer Burdens

House Bill 5013 placed caps on insurance coverage and, according to CPAN, would have cost Michigan taxpayers millions in new Medicaid expenses and would leave patients without care, while forcing them into poverty. In a nutshell, the proposal allowed Michigan drivers to purchase auto insurance policies that capped benefits at either $25,000 or $500,000. It also allowed drivers to purchase lifetime injury coverage. 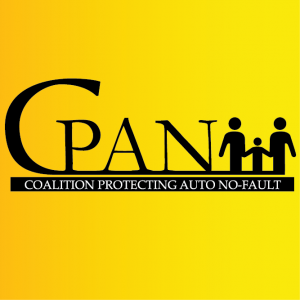 However, the reality of the $25,000 option was this: a seriously injured individual’s full recovery would not have been covered because the lifetime PIP cap was $25,000, which would not pay for lengthy rehabilitation and possibly years of care and treatment. What may have been worse was that the $25,000 cap would also include wage loss, replacement services and survivor’s loss benefits.

House Bill 5013 also did the following:

CPAN’s legal team — George T. Sinas, Stephen H. Sinas and Thomas G. Sinas — issued a thorough analysis of House Bill 5013. They concluded the legislation would be “the end of no-fault as we know it” because:

Furthermore, the CPAN legal team concluded that House Bill 5013 did not guarantee a reduction in auto insurance rates for two reasons:

The CPAN legal team also noted the proposal was similar to legislation that failed several years ago, which also capped coverage. Regarding that failed proposal, a 2011 Public Sector Consultants report found that capping no-fault benefits would result in a cost shift of $30 million to Michigan’s Medicaid system — in the first year alone.

“If we want lasting reform that brings real savings for drivers and the state of Michigan, then we need a comprehensive, bipartisan solution that addresses the core issues behind the excessive rates,” said CPAN’s Cornack. “We think the Fair and Affordable No-Fault Reform Package is a better, more responsible solution that makes real and lasting reforms without increasing costs to Michigan taxpayers, and without taking away coverage for catastrophic accident victims.”

Have you been injured in a Michigan car accident? The Sinas Dramis legal team is available to answer questions about no-fault insurance benefits or a possible auto negligence claim. Contact our Lansing auto accident lawyers and Grand Rapids car accident attorneys today for a free initial consultation.