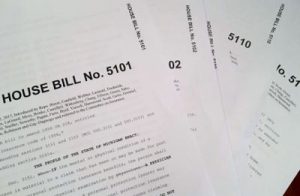 The Fair and Affordable No-Fault Reform Package is among the most comprehensive Michigan no-fault reform measures to be introduced in the past decade.

The package is a clear alternative to House Bill 5013, which was defeated in the Michigan House on November 2, 2017. The measure was pushed by Detroit Mayor Mike Duggan, House Speaker Tom Leonard, Rep. Lana Theis and the insurance industry. Contrary to what was touted by proponents of House Bill 5013, the proposal did not guarantee lower auto insurance rates and, instead, would have destroyed Michigan’s no-fault system as we know it.

In addition, several other proposals also make up the Fair and Affordable No-Fault Reform package:

George T. Sinas, Stephen H. Sinas and Thomas G. Sinas are the legal team for the Coalition Protecting Auto No-Fault (CPAN), which supports the Fair and Affordable No-Fault Reform Package. The CPAN legal team issued a thorough analysis of House Bill 5013, the alternative no-fault proposal that was offered and which recently failed to pass the Michigan House.

In its analysis, the CPAN legal team concluded that House Bill 5013 would have been “the end of no-fault as we know it” because:

Stay with Sinas Dramis and the Auto No-Fault Blog as no-fault reform measures continue to make their way through the Michigan Legislature.