The Covenant Medical Center case shows that medical providers treating auto accident survivors under the No-Fault Act must protect their right to reimbursement.

Last week, the Court of Appeals decision released its decision in the case of Covenant Medical Center v State Farm. The decision turned out to be a welcomed victory for medical providers who render medical and rehabilitative treatment to car accident survivors and seek payment for their 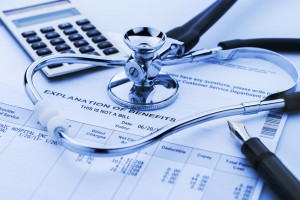 An Overview of the Covenant Medical Center Case

In this case, State Farm’s insured was injured in an auto accident and received treatment at Covenant Medical Center. The hospital then billed State Farm for services rendered by sending bills in July, August, and October 2012. After receiving and responding to those bills, State Farm soon after entered into an agreement, wherein it paid its insured $59,000 in exchange for being released “from liability ‘regarding all past and present claims incurred through January 10, 2013’” resulting from the crash.

Covenant sued State Farm for its failure to reimburse for the services it provided in relation to the crash. In its motion to dismiss the case, State Farm argued that the agreement entered into with its insured relieved it of any duty to pay the bills submitted by Covenant. The lower court found for State Farm and dismissed the case.

On appeal, Covenant argued that because it provided written notice to State Farm indicating that Covenant intended to pursue payment of its own bills, State Farm could not extinguish its liability for Covenant’s bills through a settlement with the injured individual. Agreeing with Covenant, the Court of Appeals explained that under MCL 500.3112, the section of the Michigan No-Fault Insurance Act that discusses the payment of PIP benefits, Covenant Medical Center protected its right to seek reimbursement for services rendered by sending its written notice to State Farm. Because State Farm received this notice, it could not discharge its obligation to pay Covenant through settling the claim with the injured individual. Stated another way, “where the relevant services were rendered and the insured received notice of the provider’s claim before the settlement occurred, the payment and release does not extinguish the provider’s rights.” Covenant Med Ctr, at *3.

If you are a medical provider, how can you protect your rights?

What is the lesson here? If you are a medical provider, it is absolutely imperative that you be proactive with your own legal representation in seeking reimbursement for services rendered under the No-Fault Act. You cannot rely on the insurance companies to understand the law and protect your right to reimbursement. However, if a medical provider sends written notice to the no-fault insurer stating that it intends to pursue payment of its own bill, the Covenant Medical Center case means that the no-fault insurer cannot release its liability for the provider’s bill via a settlement reached with the injured individual.

The Michigan Supreme Court decided Covenant on May 25, 2017. The Court reversed the Michigan Court of Appeals ruling and said:

“The Court of Appeals’ opinion in this case is premised on the notion that an injured person’s healthcare provider has an independent statutory right to bring an action against a no-fault insurer for payment of no-fault benefits. This premise is unfounded and not supported by the text of the no-fault act. A healthcare provider possesses no statutory cause of action under the no-fault act against a no-fault insurer for recovery of PIP benefits. Plaintiff therefore has no statutory entitlement to proceed with its action against defendant.”

If you are a medical provider and want to know more about how the Covenant decision may impact your practice, feel free to contact our Michigan accident lawyers at 517-394-7500 for a consultation.