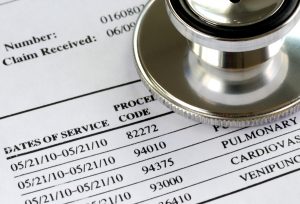 The “innocent third-party rule” in Michigan no longer exists in cases of insurance fraud — at least until the state Legislature decides to create such a rule, the Michigan Court of Appeals announced in Bazzi v Sentinel Ins Co (Docket No. 320518).

As a result, innocent third parties, including medical providers who treat persons injured in car crashes, are not entitled to reimbursement for their services when a no-fault policy was allegedly obtained through fraud, even though they were not involved in the purported fraudulent conduct.

For more than 30 years, the innocent third-party rule has allowed third parties, such as medical providers, to collect PIP benefits, even if the insured had fraudulently purchased the no-fault policy.

In the case, Ali Bazzi was injured while driving a vehicle owned by his mother. He sought no-fault PIP benefits, while Genex Physical Therapy, Elite Chiropractor Center and Transmedic also sought payment for the treatment they provided Bazzi. The vehicle was insured under a commercial no-fault policy issued by Sentinel Insurance to Mimo Investments, LLC. Sentinel claimed that Bazzi’s mother and sister fraudulently purchased the policy. Sentinel alleged the vehicle was actually leased to Bazzi’s mother for personal and family use, and that Mimo Investments was not a business at all. In fact, Sentinel had previously pursued a successful claim to rescind the no-fault policy based on fraud. The trial court held that Bazzi had a valid PIP claim based on the innocent third-party rule. The Court of Appeals denied the appeal. The Michigan Supreme Court, instead of granting leave to appeal, remanded the case to the Court of Appeals for a decision.

In a 2-1 published opinion written by Judge David H. Sawyer, the Court of Appeals held:

“[I]f an insurer is entitled to rescind a no-fault insurance policy based upon a claim of fraud, it is not obligated to pay benefits under that policy even for PIP benefits to a third party innocent of the fraud.”

It was argued that Titan did not apply to this case because it: 1) did not involve mandatory PIP benefits and 2) dealt with the “easily ascertainable rule” and not the innocent third-party rule. The Court of Appeals rejected these claims and said that Titan did, indeed, extend to mandatory no-fault benefits and that the easily ascertainable rule and the innocent third-party rule are one and the same. According to the Court:

“[I]n rejecting the ‘easily ascertainable’ rule, the Supreme Court of necessity also rejected the ‘innocent third-party’ rule because they are, in fact, the same rule. … [T]he question is not whether PIP benefits are mandated by statute, but whether that statute prohibits the insurer from availing itself of the defense of fraud. And none of the parties identify a provision in the no-fault act itself where the Legislature statutorily restricts the use of the defense of fraud with respect to PIP benefits.”

The Court of Appeals also rejected the argument that the innocent third-party rule should remain as a matter of public policy. The Court said that keeping the rule viable would ignore Supreme Court case precedent, and that it’s up to the Legislature, not the judiciary, to determine whether such a rule should be established.

The Court of Appeals concluded:

“[T]he Supreme Court in Titan clearly held that fraud is an available defense to an insurance contract except to the extent that the Legislature has restricted that defense by statute, … the Legislature has not done so with respect to PIP benefits under the no-fault act, and, therefore … the judicially created innocent third-party rule has not survived the Supreme Court’s decision in Titan. Therefore, if an insurer is able to establish that a no-fault policy was obtained through fraud, it is entitled to declare the policy void ab initio and rescind it, including denying the payment of benefits to innocent third-parties.”

Judge Mark T. Boonstra concurred in the decision and said there is “no way to continue applying the innocent third-party rule in the PIP context.”

Judge Jane M. Beckering dissented, saying the easily ascertainable rule and the innocent third-party rule are not “one and the same” because prior case law has held they are distinct. According to Beckering:

“[B]ecause they are different rules and because the coverage at issue in Titan — contractually-based excess liability coverage — is substantially different from the type of coverage at issue in this case —statutorily-mandated benefits — I would decline to extend Titan and would instead adhere to 30 years of this Court’s published decisions applying the innocent third-party rule.”

The Bazzi decision was appealed and, on January 11, 2018, the Michigan Supreme Court heard arguments in the case. Stay tuned for updates on developments surrounding the Bazzi decision.

In this video, Grand Rapids auto accident lawyer Tom Sinas explains the idea behind the innocent-third party rule, and the rule’s practical implications for auto accident victims and medical providers.