2013 Traffic Safety Culture Index: The Results are In 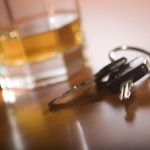 Virtually all of those surveyed believed that drivers operating vehicles under the influence of alcohol are a “serious threat.” The Index also indicated that nearly two-thirds of those surveyed favor lowering the legal blood alcohol concentration (BAC) limit from 0.08 to 0.05. In addition, over two-thirds of survey participants claimed they would also support the mandatory installation of alcohol interlock devices on all new vehicles; 80% of Americans even believe that interlock devices should be placed in the vehicles of those convicted of alcohol-related driving offenses. 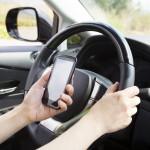 The index reaffirms the widely-held opinion that both texting and talking on a  phone while driving are dangerous behaviors. Almost all surveyed believed that texting while driving is a dangerous threat; over two-thirds of the group agreed that talking on a cellphone while driving is a dangerous threat. Despite the consensus about the level of danger associated with these activities, however, the Index reveals that most have engaged in, or know someone who has engaged in these behaviors within the past month.

Based on the results, this most recent Traffic Safety Culture Index indicates that a vast majority agree that “texting and driving” and “drinking and driving” are serious threats. There is less consensus regarding the threat posed by talking on a cell phone while driving and driving under the influence of illegal drugs. A copy of the 2013 Traffic Safety Culture Index in its entirety can be found here. As always, to stay current with the rapidly changing laws and your rights regarding driving-related offenses should you be injured in an automobile accident, consider consulting with dedicated Michigan car accident attorneys who specialize in this area of the law.