It is often said that United States Supreme Court (“SCOTUS”) is the Super Bowl of law. But with all the glamor surrounding SCOTUS, we often forget that the Court also 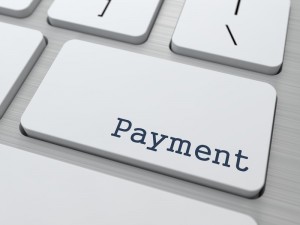 decides technical, arcane legal questions. Sometimes those decisions have a significant impact on the day-to-day practice of law. Such was the case in January, when SCOTUS issued its opinion concerning ERISA plans in Montanile v. Board of Trustees of the National Elevator Industry Health Plan, 577 U.S. __ (2016).

Montanile dealt with the issue of medical expenses paid by a health plan under the Employee Retirement Income Security Act of 1974 (ERISA). ERISA health plans are notorious in personal injury litigation. Simply put, federal law gives ERISA plans the right to seek claims for reimbursement against an injured person’s tort liability claim for medical expenses that the plan paid. An ERISA plan’s enforcement of this right can thus have a substantial effect on what an injured person ultimately receives from a personal injury settlement.

Limitations to ERISA plan’s right to reimbursement from settlement proceeds

On appeal, SCOTUS held that the ERISA health plan could not proceed with its lawsuit against the plaintiff. The Court’s reasoning turned on the language of the ERISA statute that allows health plans to file civil suits “to obtain…appropriate equitable relief…to enforce the terms of the plan.” 29 U.S.C. §1132(a)(3). In short, the Court held the statute did not grant an ERISA plan the right to pursue a claim against non-traceable assets. Rather, the ERISA plan’s equitable claims for reimbursement attach only to something tangible. Thus, if the plaintiff spent his settlement money on non-traceable assets, then the ERISA plan has no equitable power over those assets.

What does this mean for injured plaintiffs who have ERISA health plans?

The fallout of Montanile is certain to be interesting. On one hand, plaintiffs’ attorneys will be in the unusual position of telling their clients that they can legally avoid paying an ERISA reimbursement by spending their settlement fast on things like services or food. On the other hand, ERISA plans will likely want to get ahead of this problem. That may mean that ERISA plans will pursue preemptive legal actions against plaintiffs, liability insurers, or both, asking courts to enjoin distribution of a personal injury settlement. Suffice to say, things will get even wilder in the world of personal injury litigation.