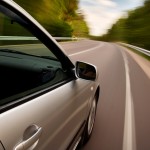 Do you own a vehicle? Most people would find that to be a pretty straightforward question.

However, for the purposes of Michigan’s auto no-fault law, the answer may not always be so simple. Further, the answer may control whether or not you may sue the other driver for pain and suffering (also known as non-economic damages) if you’re involved in a car accident in Michigan.

MCL 500.3101(2)(h)(i) states that an “owner” includes “[a] person renting a motor vehicle or having the use thereof, under a lease or otherwise, for a period that is greater than 30 days.”  Thus, even if the title to the vehicle is not in your name, you may be deemed its owner if you have the right to use it.  In addition, the Motor Vehicle Code provides that an “owner” of a motor vehicle may be one who possesses the legal title, who rents, or who has exclusive control of the said vehicle for more than 30 days. MCL 257.37. The Michigan Court of Appeals explained in Ardt v Titan Ins Co (1999) that you are an owner when you use “the vehicle in ways that comport with concepts of ownership.”  The Ardt Court explained that “merely incidental usage under the direction or with the permission of another” or a “spotty or exceptional pattern” of usage does not make you an owner.  However, a “regular pattern of unsupervised usage” may support such a finding.

The Michigan Court of Appeals addressed the issue of ownership in Hodges v City of Dearborn. The plaintiff in Hodges was killed in a motor vehicle collision and her estate filed suit against the driver of the other vehicle. The Court held that the deceased plaintiff was the owner of the vehicle even though the title to the vehicle was in someone else’s name.  The Hodges Court explained that “a vehicle may have more than one owner.” In other words, the Court said it was possible the plaintiff and the titleholder were both owners for the purpose of the No-Fault Act.

The Hodges Court set out the facts that it believed justified a conclusion that the plaintiff owned the vehicle she was operating (a Ford Explorer):

The undisputed facts demonstrate that [the title holder] left the Explorer at the [plaintiff’s home] and performed all repair work there. The evidence also demonstrates that [the title holder] never registered it in his own name; instead, [the plaintiff] was the last registered owner and the license plate affixed to the Explorer was registered to a different car that the [plaintiff] owned. Additionally, [the plaintiff’s husband] testified that he had every intention of getting insurance for the Explorer, but the accident occurred before he had a chance to do so. There would be no reason to obtain insurance unless the [plaintiff and her husband] believed themselves to be the Explorer’s owners.

Therefore, because the Court found that the plaintiff “owned” the vehicle and did not carry the necessary insurance coverage, her estate was barred from seeking damages from the other driver involved in the crash.

The Hodges decision shows that, even though the question of whether you own a vehicle may appear to be an easy one on its face, the reality is that determining who may be considered an owner may turn on a number of facts. You may find it helpful to consult a Michigan car accident attorney with expertise and experience in this area of law should you be uncertain of your status.