Everyone is talking about Michigan auto insurance reform. And to be clear, the topic isn’t going anywhere heading into the upcoming legislative session. In fact, lawmakers and politicians alike have identified no-fault reform as a top-three priority for the fall. The debate is only just heating up. Recently, Michigan auto no-fault attorney, Steve Sinas, discussed some of the proposed changes. He also encouraged viewers of Fox 47’s Morning Blend to really understand these modifications and what’s at stake. The following is how it could play out.

The biggest proposed change in the Michigan auto insurance reform debate would limit the care that’s currently available under the no-fault system. As it stands, residents of the state get coverage for whatever is reasonably necessary for their care, recovery, and rehabilitation in the unfortunate event they are seriously injured in a motor vehicle accident in Michigan. This part of no-fault insurance could see proposed changes later this year. 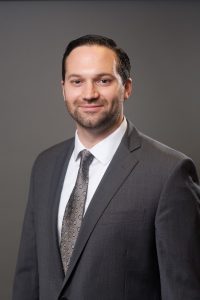 But there are other alternatives to modify the no-fault system so that it works better for people without having to sacrifice those benefits. These alternatives would potentially bring down the cost of insurance as well. For instance, limiting the abuse and waste that is currently in the system and making no-fault run more efficiently. Also, we need more transparency in how insurance companies are actually setting premiums. For example, many car insurance companies use non-driving related factors to charge certain groups of people higher rates. This is one of the reasons people in urban areas, such as Detroit, are being charged too much for auto insurance. We need to do something about this.

Recently, Mike Duggan, mayor of Detroit, filed a federal lawsuit to find the Michigan no-fault system unconstitutional. The basis for this case is that certain people, especially in metro areas, are being charged too much for insurance. However, this lawsuit only looks at the cost of insurance. It doesn’t consider the other issues we touched on briefly: whether premiums are fair and how they are set. The Supreme Court has already said that the Michigan state government needs to make sure that these premiums are fair and affordable. So, the question becomes, “Does this lawsuit really get at what the problem is? Is the problem the coverage itself, or that premiums are inequitable?” This lawsuit leaves those questions unanswered.

Sinas reminds viewers that Michigan has a truly unique auto insurance system and that the positive influence it has on families is remarkable and incalculable. He acknowledges there are flaws in the current system, but instead of completely ending it, we should instead look into ways to amend it.

If you’ve been injured in an accident in Michigan, you may be entitled to no-fault benefits. Contact a personal injury attorney at Sinas Dramis Law Firm today for a free initial case review or call us at (517) 394-7500.