Under Michigan law, non-economic damages are those losses that affect a person’s quality of life. They include pain and suffering, incapacity, disability, loss of function, diminished social pleasure and enjoyment, mental anguish and emotional distress, scarring and disfigurement, and so forth. 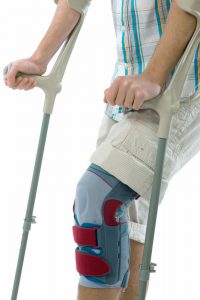 The Michigan No-Fault Act says an auto accident victim is only entitled to recover damages for non-economic loss, such as pain and suffering, if the victim sustained a “threshold injury.” The no-fault law says that a “threshold injury” consists of one or more of the following:

The Legislature did not, however, redefine the threshold element of “permanent serious disfigurement.” Whether an injury rises to the level of “serious impairment of body function” or “permanent serious disfigurement” is an issue that depends on the facts and circumstances of each individual case. Obviously, the more serious the injury, the more likely that the injury “crosses the threshold.” However, Michigan courts have held that an injury need not be permanent in order to be a “serious impairment of body function.”

In Kreiner v Fischer, 471 Mich 109 (2004), the Michigan Supreme Court significantly restricted the type of injuries that can qualify as a “serious impairment of body function.” The Court held that the injured person’s normal life before the accident must be compared with his or her life after the accident in order to determine if the injury resulted in a change in the “course or trajectory” of the injured person’s life. Although the Kreiner case affirmed that the injured person need not prove a permanent injury or a permanent disability, it created what many believed was an unduly restrictive definition of the “serious impairment of body function” threshold.

In 2010, the Michigan Supreme Court overruled Kreiner with its decision in McCormick v Carrier, 487 Mich 180 (2010). In McCormick, the Court held that the Kreiner “course and trajectory” standard was wrong, and that the 1995 statutory definition of “serious impairment of body function” only requires that the injured person prove that an injury has had “an influence on some of the person’s capacity to live in his or her normal manner of living.” The Court in McCormick concluded the statutory requirement that an impairment be “objectively manifested” is established if there is “an impairment that is evidenced by actual symptoms or conditions that someone other than the injured person would observe or perceive as impairing a body function.”

In light of the decision in McCormick, it is critically important for a car crash victim to consult with an auto accident attorney in Michigan who is knowledgeable about the state’s no-fault law, in order to determine whether the injury satisfies the threshold elements of “serious impairment of body function” and/or “permanent serious disfigurement.”

Other 1995 amendments to the Michigan No-Fault Act also provide that:

In assessing claims for non-economic loss, it is important for Michigan car accident lawyers to thoroughly evaluate and compare the conduct of the victim and the other driver, and to determine whether the victim complied with the state’s mandatory no-fault insurance requirements.